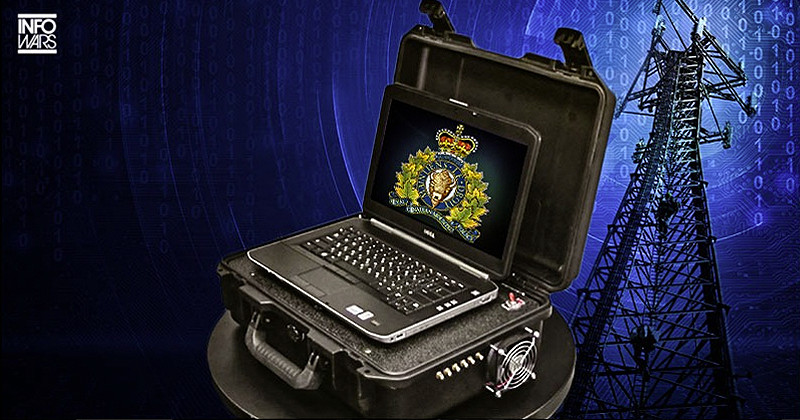 The prosecutors, who convinced the defendants to instead accept murder conspiracy charges as part of a plea deal, were able to use the decision to halt a separate hearing that could have exposed information on the Royal Canadian Mounted Police’s IMSI-Catcher.

IMSI-catchers or cell-site simulators, commonly referred to as “Stingrays,” are devices which mimic cell towers in order to track and capture data from cellular phones.

The case, which lasted over five years following the 2011 death of a New York man in Canada, utilized the technology to monitor the accused.

Speaking with The Globe, Quebec prosecutor Robert Rouleau declined to comment when asked about the decision to drop the first-degree murder charges.

“This is a matter of prosecutorial discretion and I will not comment further,” Rouleau said.

Investigation by The Globe also discovered that the Canadian government appeared to purposely rename the devices in order to keep them immune from disclosure.

“Crown prosecutors had taken to publicly calling the RCMP device a ‘mobile device identifier’ in an apparent bid to escape some of the criticisms surrounding devices more commonly known as ‘IMSI-catchers,’” writes Colin Freeze.

“The case amounts to the first acknowledged used by Canadian police of IMSI catchers.”

If the prosecution had not dropped the first-degree murder charges, the six suspects could have been sentenced to 25 years in prison without the chance of parole. The six will likely only serve a few years on top of the time already spent in custody.

While the decision may seem like an unprecedented move given the severity of the case, it is not the first time a government has backed away from prosecution in order to protect the secretive surveillance technology.

In one such case last year, police in St. Louis dropped more than a dozen charges against three violent robbery suspects in order to stop an officer from having to testify about his department’s IMSI-catcher.

Five emails obtained by the American Civil Liberties Union in 2014 even showed how the U.S. Marshals Service instructed police in Florida to deliberately deceive judges and defendants in an effort to hide the technology.