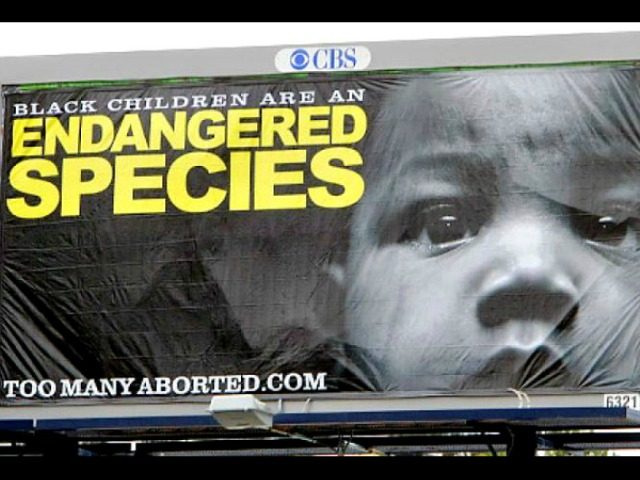 A black pro-life leader says the mainstream media that props up the pro-abortion Black Lives Matter movement won’t report that Planned Parenthood kills many more black lives in one day than police are accused of killing in an entire year.

Ryan Bomberger, creative director of the Radiance Foundation, writes in a post that he is “repulsed by a news media that is hell-bent on fomenting a racial war.”

“Who can recall one single white person killed by police officers?” Bomberger asks. He continues:

Whites are killed by cops, according to a database created by the Washington Post twice as much as blacks. Out of a total of 990 killed, 494 (or 49.9%) were white and 258 (or 26%) were black. 782 of those killed, or 79%, were armed with a deadly weapon. But hey, let’s only report when unarmed black individuals are victims of police brutality. This is a deliberate and despicable attempt by mainstream media to color the issue.

Bomberger observes that more than 266 “unarmed” black lives are aborted by Planned Parenthood per day – 30 percent of the nation’s abortions.

“That generates over $200 million annually for the abortion chain,” he notes. “The hypocrisy of #BlackLivesMatter leaders screamed loudly as they recently announced solidarity with the pro-abortion movement. Apparently, black lives matter only some of the time.”

We are joining #Ferguson organizers and protesters in DC today — standing in solidarity with you! #HandsUpWalkOut #BlackLivesMatter

What Bomberger describes as “hypocrisy” was clearly on display in a tweet on Thursday morning by Planned Parenthood Black Community: “We deserve to live. We deserve to survive. We deserve to thrive,” the group says. Ironically, the tweet is accompanied by a photo that shouts out, “Stop killing black children!”

Being Black should not be a capital offense.https://t.co/f2Ly5hD9WC

Similarly, Planned Parenthood CEO Cecile Richards was quick to tweet out her support for “justice for #AltonSterling” and to urge efforts to “ensure #POC have #ReproJustice”:

I stand with the people of #BatonRogue in calling for justice for #AltonSterling. We must work to ensure #POC are safe & have #ReproJustice

Planned Parenthood explains in a post on Facebook its “reproductive justice” narrative so that it fits in with Black Lives Matter:

“So, armed with the one-sided reporting, #BlackLivesMatter leaders (who have no use for the facts) declare there is an epidemic of cops killing innocent black people,” Bomberger continues, adding:

Five cops were assassinated in Dallas because the “pigs in a blanket, fry ‘em like bacon” BLM crowd and liberal news media waged their war. Now, they must own the casualties. This isn’t the first time cops have been targeted and killed by BLM rhetoric and gun violence.

Bomberger says America is suffering from an “epidemic” of “Whites Accepting Guilt Syndrome,” in which progressive whites are blaming their own “’privilege’ for someone else’s actions.”

“We must defy the destructive narrative spewed by a reckless and irresponsible media establishment that regurgitates a black nationalist worldview in the guise of a new civil rights movement,” he writes. “Let’s move beyond a hashtag that has been used to bludgeon and use words that speak life and affirm our equal, and irreplaceable, worth as human beings who happen to be beautifully adorned with different pigmentation.”

In a world where #BlackLivesMatter & people have #ReproJustice, neither civilians nor police officers would be subjected to violence.