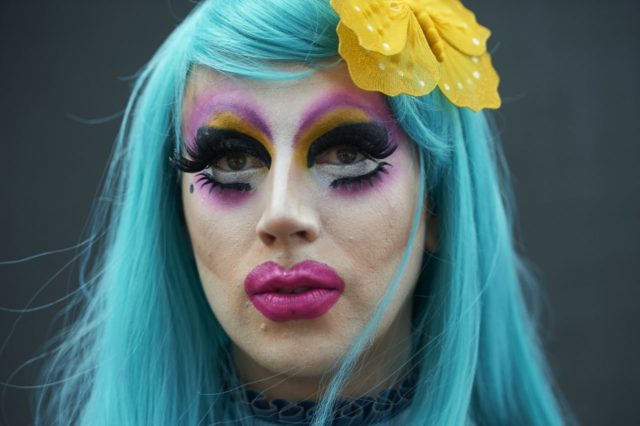 The progressive left is demanding that ordinary Americans describe some men as “she” and some women as “he,” supposedly just to help a few people who say they are transgender, says a new analysis published by The Witherspoon Institute.

But this political battle isn’t merely about pronouns, bathrooms or a few confused teenagers, says Anthony Esolen, a professor of English at Providence College in Providence, Rhode Island.

The fight is really about pressuring Americans to fracture their proven science, their shared sense of reality, their common culture, and ultimately their own civic power to govern themselves and their families, he writes.

Now, sex is the first thing we notice about someone, and the last thing we forget. It’s easy to see why this should be so. It cannot possibly be to any living thing’s advantage to be confused about male and female. As it is, sex is far more strongly marked upon the human body than it is upon the bodies of dogs or cats or horses or many of the species of birds. A man’s face is not like a woman’s face. A woman’s voice is not like a man’s voice, even when the woman is Greer Garson and the man is Frankie Valli. A man’s shoulders do not look like a woman’s shoulders, and a woman’s hips do not look like a man’s hips. Men and women differ down to their very hair, as anyone can perceive who looks at a woman’s smooth chin or a man’s bald pate.

Ordinary and healthy people love that it is so, and on those exceedingly rare occasions when you cannot determine someone’s sex from a glance or from one moment on the telephone—and some people will go through their entire lives without a single such experience—we feel that it is strange and disconcerting, just as we would feel if we were in the presence of someone who was born without arms. We are not talking about a mere statistical norm here, but about what is paradigmatically human.

To pretend, therefore, that we do not know what we immediately and urgently perceive is to do violence at once to human nature, language, the possibility of a shared life, and the intellect’s capacity to apprehend reality. If I cannot say, “There is a man walking down the street,” then it is hard to see how I can make any reliable judgment about anything at all that bears on human existence. If I cannot say, “Joey is going to grow up to be a fine man someday,” then what in life is left to talk about? Everything else is less certain than sex. We may disagree about whether President Eisenhower was a good leader of men, a loyal husband and father, or a pious Christian; but if we cannot agree that President Eisenhower was a man, then speech itself is but sound and fury, signifying nothing….

[When a transgender activist] says that she wants all people to feel “safe” and comfortable, regardless of their sexual identity. That is not true. What she wants is that ordinary people should feel uncomfortable. She wants to rob them of their ordinary perceptions. She sows the field of conversation with mines, glad if ordinary people learn to tiptoe around them, but much gladder still when they fail and blow themselves up, because that provides her with the opportunity for more “education,” which means a more aggressive campaign against our common grasp of objective reality and our ability to communicate with ease what we see…

The transgender-speak demand for gender-bending pronouns is already being imposed in K-12 schools, even in bathrooms and during science classes, by President Barack Obama’s army of eager progressives. Unsurprisingly, that aggression is fueling an emotional pushback in K-12 schools, shops and universities, and in North Carolina’s gubernatorial race.

Read the complete article here. This link offers another article about transgender advocacy.

To read Breitbart’s articles about the transgender ideology, visit here.