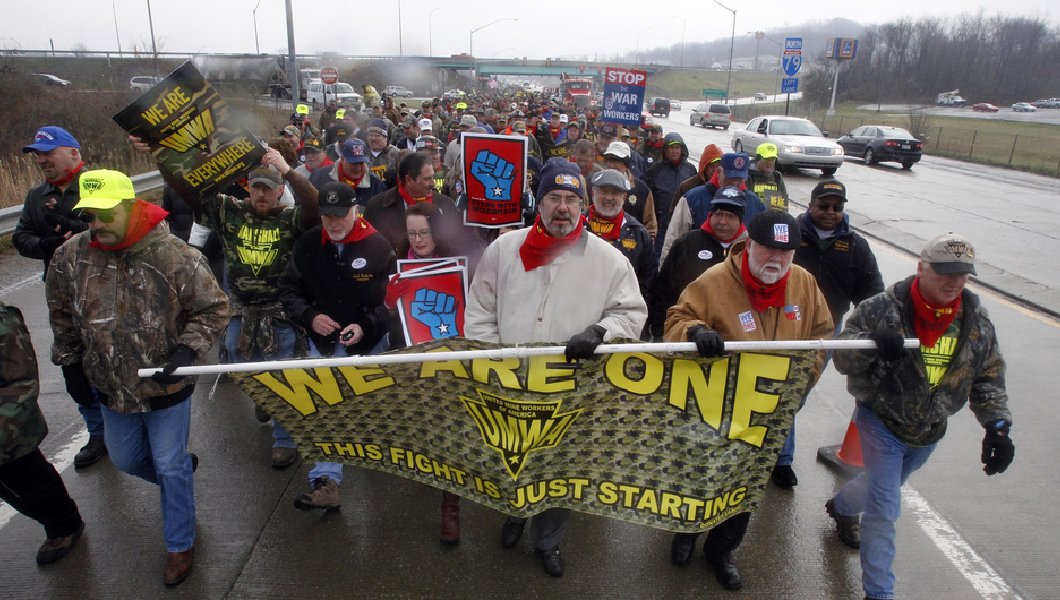 Where coal is still king By Salena Zito

WAYNESBURG, Pa. — Two weeks after Derek Cisar’s wife gave birth to their son, the 36-year-old coal miner had to tell her he’d lost his job.

“It wasn’t because there wasn’t any work,” he said, moments after emerging from the underground mine. “Things in the industry in our area had started looking pretty stable for the past few months.

“It all came down to a ruling by a judge … with pressure from two climate-change groups. They effectively upended my life, my family’s life, and the lives of 202 other coal miners who were laid off because of his ruling.”

The layoffs at the Bailey mine turned out to be temporary; Consol Energy changed its mining plan, for now, to abide by a state Environmental Hearing Board order that bars mining under Ryerson Station State Park.

A few weeks after losing his job, Cisar went back to work, still shaken by the experience. As the site’s underground mining coordinator, he worries about his team as well as himself.

“Look, you form really close bonds working the mines,” he explained. “We know everything about each other. When someone has a member of the family who is sick, or someone is asking for advice about buying a new car, whatever it is, whether we like or not, we are tight.”

The uncertainty brought on by political activism is chipping away at them all, he said.

“I’m college-educated, played baseball for West Virginia University and graduated with a degree in criminal justice. I chose this lifestyle because it pays well, I can live by the rest of my family and friends (and) do a job I am very proud of.

“You know, it means something to me and the rest of us that we provide the energy to light your home or a manufacturing plant … a shopping center or a school.”

Blair Zimmerman is one man who understands the impact of the mine closing permanently. It would be “devastating,” the chairman of the Greene County Commissioners says, adding: “For every one job lost in a coal mine, another five are lost in the community.”

In other words, those 203 miners and their 600-plus family members wouldn’t be buying cars at Ron Lewis’s dealership, or enjoying the incredible smoked wings and brisket at Hot Rod’s House of Bar-b-que on South Morris Street.

“It goes beyond that,” said Zimmerman, a Democrat. “You get to the point where you have to start closing schools if there is no tax base.”

On one side you have the Sierra Club and the Center for Coalfield Justice, which believe that putting a halt to mining will save the country. On the other, you have community residents whose jobs are at risk.

“Let’s be very frank here, coal is king in Greene County,” said Zimmerman. Not only is it the biggest employer, but 30 percent of the county’s budget comes from coal severance taxes.

So, despite being an elected Democrat, Zimmerman understands why his county’s voters went for President Trump in November, in a very big way: A whopping 69 percent (mostly Democrats) chose the Republican over Hillary Clinton, who talked about closing mines.

That’s a massive swing of sentiment, said Josh Helbig, COO of GMS Mine Repair and Maintenance, a Maryland-based contractor that was expanding its operations in the region when the mine shut down temporarily.

“Look, businesses don’t want uncertainty,” he said. “It is part of the reason businessmen like myself voted for Trump.”

So far, Helbig’s company — which specializes in underground construction and disassembling long-wall machines, those mechanical monsters that pulverize coal and bring it to the surface — has “weathered the storm, but these kinds of setbacks hurt the heart of the people who work in the industry.”

In December, Consol Energy received a permit from the state Department of Environmental Protection to mine beneath a stream in the state park. Then the Center for Coalfield Justice and the Sierra Club filed an appeal of the permit.

In January, environmental judge Steven Beckman prohibited mining within 100 feet of the stream, an order that Consol plans to appeal.

Consol says the order would force it to abandon about 350,000 tons of coal worth more than $15 million.

This is a story that is repeated across the country. And these are the people who were overlooked before the presidential election but now are viewed as political specimens by reporters across the country, who want to know why they voted for Trump and whether they will continue supporting him.

Some reporters don’t understand (and sometimes don’t respect) why these voters aren’t driven away from Trump by the daily outrages being decried in Washington.

But imagine, for a moment, if 30 percent of the people living in Washington, Manhattan or Silicon Valley lost their jobs.

Imagine those people being told their jobs are never coming back. That it’s time to move away from family, friends, their way of life and all the rich culture they love about their cities.

Those lazy Sunday brunches while reading the New York Times or the Washington Post? Gone, a thing of the past, because both newspapers will be closing.

Oh, and one more thing: Imagine those folks watching their cities crumble, their schools close, houses being abandoned in their neighborhoods — and then becoming the butt of every Hollywood entertainer’s joke, or being publicly shamed by Meryl Streep.

Congratulations! You now know how 70 percent of the people in this Pennsylvania county feel, along with many more in the 2,625 other counties that Trump won nationally on Election Day.

The story of the last presidential election didn’t end on Nov. 9, or on Jan. 20 when Trump was inaugurated. It is told, day in and day out, not on social media but in towns like Waynesburg, where miners worry about their jobs.

It is told in cities like Berkeley, Calif., where protestors destroyed university property to silence an unpopular speaker. And in Detroit, where U.S. Education Secretary Betsy DeVos was blocked by protestors when she tried to visit a public school.

America is a fabric that either is fraying rapidly or is slowly being mended.

It’s hard to tell who we are right now, but not hard to know who we should be.

Salena Zito is a columnist for the Washington Examiner.