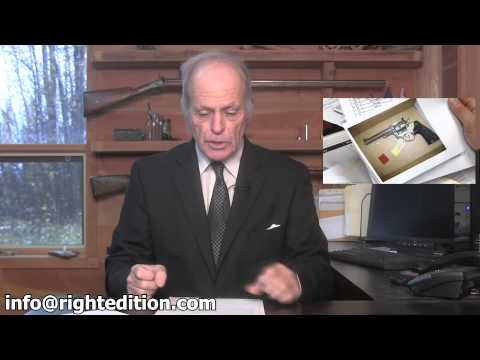 NDP leader Thomas Mulcair is asking the RCMP to step up security for himself and his family, a request that should quickly be approved.
The Mounties are responsible for protecting political leaders and other officials in Ottawa. Mr. Mulcair first asked for 24-hour protection last Wednesday in the aftermath of the shootings on Parliament Hill, in which gunman Michael Zehaf-Bibeau was shot dead after killing a military reservist and racing through the halls of Parliament with a loaded weapon.

NDP Leader Thomas Mulcair says he will work to re-establish Canada’s long
gun registry and all NDP candidates will have to support that position in
the next federal election. Speaking on the Radio Canada show Tout le Monde
en Parle, Mulcair said the solution is to fix the irritants in the long gun
registry – not scrap it. “I will work to register firearms. The public and
the police have the right to be protected,” he said. The Conservative
government’s decision to target Canada’s gun registry has sparked divisions
within the NDP caucus in the past with some MPs from rural ridings breaking
ranks with former NDP Leader Jack Layton on the issue and siding with the
Conservatives. However, Mulcair suggested that won’t be the case in the
future. “It is certain that if we run in an election with that as a
platform, everyone will follow.”

Legislation tabled by the Conservatives has been adopted by Parliament.
However, Quebec has challenged the decision to eliminate the data and has
won a temporary reprieve from the courts. Mulcair said the Conservative’s
decision to scrap the gun registry is an ideological one. “It is a
monumental error and it is the first time in my political life that I see a
government removing one of the public’s protections. All of the police
forces across Canada, except for the Calgary police, want to maintain it
because it protects them and it protects the public.”

A western Pennsylvania coroner is auctioning off about 100 guns used in suicides and accidental shooting deaths.
Coroner Ken Bacha says the Nov. 8 surplus weapons sale is Westmoreland County government’s first since his father was coroner in the 1980s.
He says state law requires local governments sell off unclaimed property. Proceeds will help fund county government.
Bacha’s office took possession of the guns during death investigations. Family members had a year to get them back before they became county property. Some of the weapons have been in the county’s hands for decades.