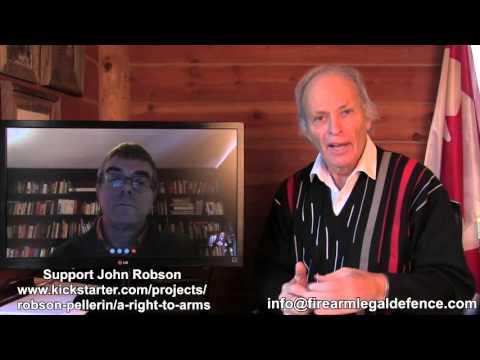 in Right Interviews Video of the Day

Because your right to bear arms is as Canadian as maple syrup.

Canadians are passionately attached to their rights. Free speech, freedom of association, free and fair elections … and the right to bear arms.

Lately that last one has been portrayed as somehow unCanadian, even sneered at as distinctly American. But actually it’s a fundamental part of our heritage.

When Canadians fought for self-government in the 1830s they were following a tradition dating back not just to Britain’s Glorious Revolution but to Magna Carta and even the end of Roman Britain.

The Canadians who fought for liberty in two world wars handled guns as familiar objects, tools deserving of respect but part of the natural inheritance of free-spirited, independent people.

n A Right to Arms we examine this Canadian tradition, the reasons for it, its history, contemporary challenges and arguments against gun ownership and why it is these arguments, not guns, that are unCanadian.

The Right to Bear Arms tells the distinctly Canadian story of a people who have carried weapons in self-defence, including defence against tyranny, since time out of mind. It confronts the arguments against gun ownership today, on grounds of public safety or cultural inheritance, and shows that gun ownership is as Canadian as maple syrup or free speech.

For more information about our previous documentaries, please visit this website. http://www.magnacartadocumentary.com/