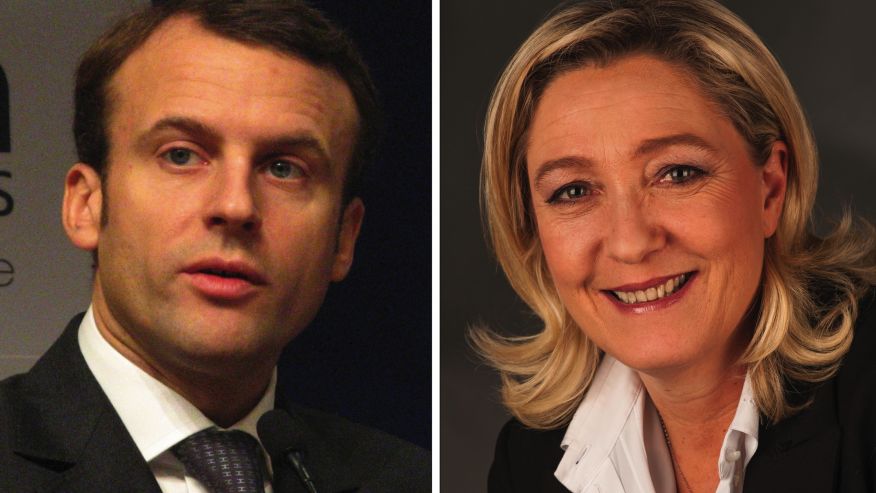 “There is no such thing as French culture.”

France has surrendered again, possibly for the last time.

The Washington Post reports that “centrist” Emmanuel Macron fended off “far-right populist” challenger Marine Le Pen decisively, virtually guaranteeing that the path is clear for an Islamist takeover of France.

Winning around 65 percent of the vote Sunday, Macron said that the country had “turned a new page in our long history.” Indeed it did, but it may signal not so much a new beginning as a final chapter.

“This is our civilization that’s at stake, our way of life,” he said. He is correct about that, but considering that this is the pro-EU globalist who declared infamously that “There is no such thing as French culture,” things don’t look good for the future of French civilization.

Le Pen, with around 35 percent of the vote, nearly doubled the share won by her father, Jean-Marie Le Pen, in the 2002 election. She told her supporters that the election had drawn clear lines between “the patriots and the globalists.”

“By unapologetically embracing the European Union, immigration and the multicultural tableau of modern France,” the leftist WaPo stated, “[Macron] positioned himself as the optimistic and progressive antidote to the dark and reactionary vision of Le Pen’s National Front.”

The multicultural tableau of modern France. Dark and reactionary vision. The world has been watching in recent years as modern France’s “multicultural tableau” has resulted in a burgeoning, unassimilating Islamic population, a violent Muslim underclass that ravages Paris environs nightly, rioting in urban areas that resemble war zones, surging anti-Semitism, and jihadist terrorism. Wake me when WaPo dares to call that uni-cultural Islamic supremacism “dark and reactionary.”

“France’s vote was viewed as a test of whether the political mainstream could beat back a rising tide,” WaPo wrote, but the “rising tide” the paper is concerned about is not the Islamist tide threatening to consume France but the politically incorrect tide of nationalist populism which scored dramatic victories in 2016 with the UK’s Brexit vote and Donald Trump’s election in the U.S.

President Trump had said that Le Pen was “the strongest on borders and she’s the strongest on what’s been going on in France.” During the campaign, WaPo noted, “Le Pen’s rhetoric had often echoed Trump’s, with vows to put ‘France first’ and to defend ‘the forgotten France.’ She also condemned globalist cosmopolitans – Macron chief among them — who [sic] she said did not have the nation’s interests at heart.” They don’t.

“The outcome of Sunday’s vote,” WaPo concluded, “will have profound implications not only for France’s 67 million citizens, but also for the future of Europe and for the political trajectory across the Western world.” If that populist tide recedes in the wake of this election, those implications will prove to be tragic.