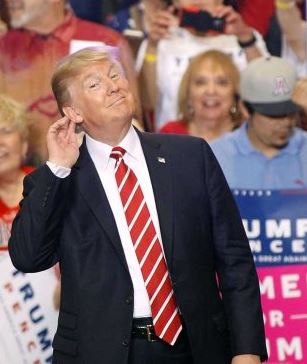 There is a massive scandal brewing at the top ranks of America’s premier law enforcement agency.

Rep. Devin Nunes (R-CA) prepared a four-page explosive memo recently, based on classified material that purportedly lays out what the FBI and others did to corrupt the 2016 election.

According to Rep. Dave Joyce (R-OH) and others, the memo is “deeply disturbing.”

The memo needs to be released to the public.
The US public has a right to know about the entrenched corruption in the FBI.

Now there are growing calls for President Trump to read the explosive memo during his State of the Union Address on Tuesday.

Chris Farrell from Judicial Watch suggested this on Lou Dobbs Tonight on Wednesday.

Chris Farrell suggested President Trump read the memo at his State of the Union address. Americans need to hear how the DOJ and FBI resemble the KGB. https://t.co/UJcI9o5k9z

Jack Posobiec tweeted this out on Wednesday.

At the State of the Union, Trump should walk up and say, “I had a big speech all planned but instead I’ve decided to read out this four page memo…”