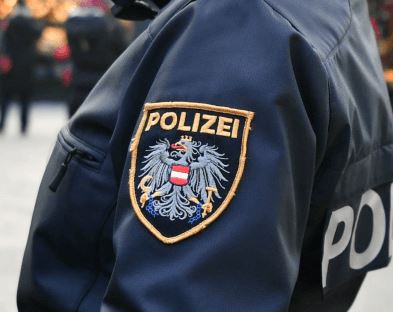 Three Austrian plainclothes police officers were injured after they attempted to arrest two teenage Afghan asylum seekers who tried to sell them drugs.

The incident took place in the Prater area of Vienna’s Leopoldstadt district which contains one of the city’s main train stations and has become a hub for drug dealing and violence, often involving migrants. The officers were offered drugs by the Afghans and when they attempted to arrest the 16- and 19-year-old, they were met with heavy resistance Kronen Zeitung reports.

One officer suffered a broken nose after one of the asylum seekers punched him in the face, another had a major wound on his leg, and the third officer escaped the ordeal with bruises and cuts on his hands.

After the pair of asylum seekers were arrested last Friday, they were both taken to Korneuburg Prison where the 19-year-old admitted to being a part of the drug scene.

The following day, officers from the Task Force on Street Crime arrested three more suspected drug dealers and were able to confiscate small amounts of cocaine and approximately 240 euros.

Much of the drug crime on the streets of Vienna is linked to migrants, according to police. Breitbart London reported in 2016 that migrants had caused drug offences to rise by 10 per cent and that Nigerian migrants made up 80 per cent of the offences committed under the Narcotic Substances Act.

Migrants have also been linked to the drug trade in neighbouring Germany. The police in the region of Schleswig-Holstein have expressed concern that migrants may be taking over the drug scene and they are not afraid of using violence to achieve their goals.

Violence against police in Vienna is also a cause for concern for officers. Many anticipate that this weekend could see large-scale riots and acts of violence toward officers as far-left activist groups like Antifa plan to protest a ball linked to the anti-mass migration Freedom Party.