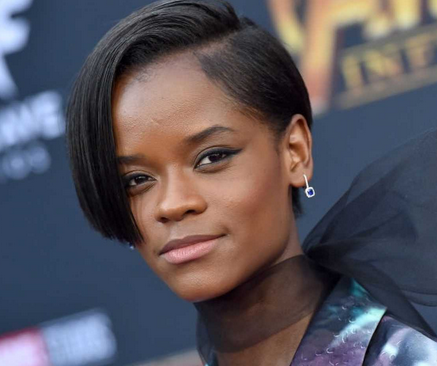 ‘Black Panther’ Star: My Faith In God Pulled Me Out Of Depression

At the British Academy of Film and Television Arts awards ceremony Sunday night, actress Letitia Wright, best known for her role as Shuri in the box office smash “Black Panther,” gave a powerful personal testimony about how her faith that she is a “child of God” whose life is “important” to Him pulled her out of a state of “deep depression.”

On Sunday, Wright won BAFTA’s coveted “Rising Star” award, which, Fox News notes, is the “only award voted on by the public in England.” She began her acceptance speech by first explaining how she identifies herself.

“I identify myself as a child of God, and I can’t get up here without thanking God,” said Wright (video below). She then revealed a period of despair she faced as a struggling actress.

“A few years ago, I saw myself in a deep state of depression, and I literally wanted to quit acting,” she said. “The only thing that pretty much pulled me out of that was God, my belief, my faith, my family, and an email from BAFTA saying they wanted me to be a part of the BAFTA Breakthrough Brits. And I was like, ‘Let me try again.'”

She then offered a word of encouragement to those who are dealing with their own disappointments or setbacks: “God made you, and you’re important.”

Wright is not the only “Avengers” star to publicly declare her faith at an awards show. “Guardians of the Galaxy” star Chris Pratt, who plays “Star-Lord” in the series, expressed his own faith in God last year at the 2018 Teen Choice Awards.

“I want to thank God,” the actor said in front of a the crowd of screaming teens. “I always do that when I’m up on a big platform in front of a bunch of young faces. I say I love God — that’s my thing, I love Him — and you should too.”