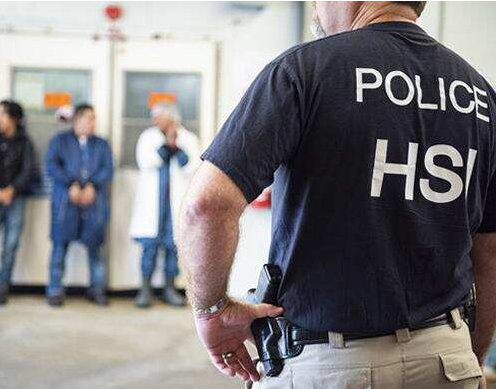 Americans in need of work applied for jobs at the Mississippi chicken plants recently raided by ICE.

A job fair attracted nearly 150 locals looking for work after ICE raided and removed hundreds of illegal aliens working at the Koch Foods’ (unrelated to Koch brothers) plants in Mississippi.

How could this be? The Commie-media complex told us that illegal aliens do the work Americans refuse to do.

About 25 to 30 people showed up to apply for jobs at Koch Foods’ nearby poultry processing plant. Of those, about an equal number were black, white or Latino.

“This is what you’d normally see here,” said Dianne Bell, communications director for the Mississippi Department of Employment Security, of the job fair held between 9 and 11 a.m.

The Associated Press reported that many of the people who applied to work at the Koch Foods’ plants were chicken plant veterans — mostly black and white males looking for work.

The 25-year-old [Eddie Nicholson] has worked in chicken plants before and was considering a return, but wanted to see if wages had gone up. Plants in recent years have typically paid $11 to $12 an hour, according to labor statistics, but Nicholson said he wants $15 an hour.

Like Nicholson, many who applied Monday were chicken plant veterans. They understand the arduous and sometimes dangerous work of slaughtering, butchering and packaging chicken, from hanging up live chickens, to pulling off skin, to cutting with super-sharp knives, to boxing up chicken, much of it done in near-freezing temperatures. The line moves fast and people repeat the same motions over and over.

“It’s definitely hard,” said Cedric Griffith of Magee, who said he’s been working at McDonald’s after getting fired from another chicken processor for missing too many days. “You’re going to lose of lot of weight. Nine times out of 10, when that week is over, you’re tired.”

It was the largest workplace enforcement actions in the nation’s history, according to a statement released by the U.S. Attorney’s office for the Southern District of Mississippi.

However, approximately 300 of the 680 illegal aliens detained in massive ICE raids in Mississippi last week were released the same day.

Each year, roughly four million young Americans join the workforce after graduating from high school or university. This total includes roughly 800,000 Americans who graduate with skilled degrees in business or health care, engineering or science, software or statistics.

But the federal government then imports about 1.1 million legal immigrants and refreshes a resident population of roughly 1.5 million white-collar visa workers — including approximately 1 million H-1B workers and spouses — plus roughly 500,000 blue-collar visa workers.

The government also prints out more than one million work permits for foreigners, tolerates about eight million illegal workers, and does not punish companies for employing the hundreds of thousands of illegal migrants who sneak across the border or overstay their legal visas each year.

This policy of inflating the labor supply boosts economic growth for investors because it transfers wages to investors and ensures that employers do not have to compete for American workers by offering higher wages and better working conditions.

Until the companies hiring illegal aliens are severely punished, the vicious cycle of illegal aliens entering the country only to take jobs and benefits from American citizens will never stop.