This article is the first part of a series of articles detailing the professional and personal relationships of the late (?) Jeffery Epstein. It is taken from a 11,300 word expose published by Unz Review. See Part 1, and Part 2.

While the state of Arkansas became a hub for CIA activity during the Reagan years and the Iran-Contra scandal, another state appeared to take its place in the 1990s — Ohio. Just as Arkansas oligarch Jackson Stephens helped attract the CIA to his home state during Iran-Contra, it was also an Ohio oligarch and his close associate that helped attract the CIA to the Buckeye State. Those men were Leslie Wexner and Jeffrey Epstein, respectively. 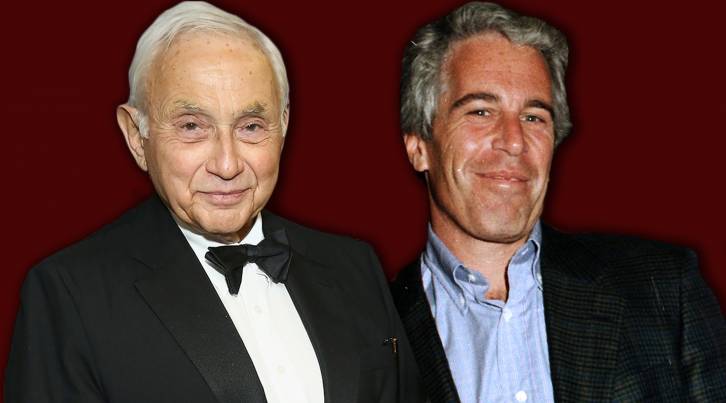 In Part III of this series, MintPress detailed Wexner’s alleged ties to organized crime and his links to the still unsolved homicide of Columbus, Ohio lawyer Arthur Shapiro. Shapiro, who was representing Wexner’s company “The Limited” at the time of his death, was set to testify before a grand jury about tax evasion and his involvement with “questionable tax shelters.” Columbus police described the Shapiro murder as “a Mafia ‘hit’” and a suppressed police report implicated Wexner and his business associates as being involved in or benefiting from Shapiro’s death, and as having links to prominent New York-based crime syndicates. However, Wexner and The Limited also appear to have had a relationship with the CIA. In 1995, Southern Air Transport (SAT) — a well-known front company for the CIA — relocated from Miami, Florida to Columbus, Ohio. First founded in the late 1940s, SAT from 1960 until 1973 was directly owned by the CIA, which sought to use the company as a cover for covert operations. After 1973, the company was placed in private hands, although all of its subsequent owners would have CIA ties, including James Bastian, a former lawyer for the CIA, who owned SAT at the time of its relocation to Ohio.

SAT was intimately involved in the Iran-Contra affair, having been used to funnel weapons and drugs to and from the Nicaraguan Contras under the guise of delivering “humanitarian aid,” while also sending American weapons to Israel that were then sold to Iran in violation of the U.S. arms embargo. In 1986 alone, SAT transported from Texas to Israel 90 tons of TOW anti-tank missiles, which were then sold to Iran by Israel and Mossad-linked intermediaries like Saudi arms dealer Adnan Khashoggi.

Even though the airline’s CIA links were well known, Leslie Wexner’s company, The Limited, sought to coax SAT to relocate its headquarters from Miami, Florida to Columbus, Ohio, a move that was realized in 1995. When Edmund James, president of James and Donohew Development Services, told the Columbus Dispatch in March 1995 that SAT was relocating to Columbus’ Rickenbacker airfield, he stated that “Southern Air’s new presence at Rickenbacker begins in April with two regularly scheduled 747 cargo flights a week from Hong Kong,” citing SAT President William Langton. “By fall, that could increase to four a week. Negotiations are underway for flights out of Rickenbacker to the Far East…Much of the Hong Kong-to-Rickenbacker cargo will be for The Limited,” Wexner’s clothing company. “This is a big story for central Ohio. It’s huge, actually,” James said at the time.

The day following the press conference, Brian Clancy, working as a cargo analyst with MergeGlobal Inc., told the Journal of Commerce that the reason for SAT’s relocation to Ohio was largely the result of the lucrative Hong Kong-to-Columbus route that SAT would run for Wexner’s company. Clancy specifically stated that the fact that “[The] Limited Inc., the nation’s largest retailer, is based in Columbus … undoubtedly contributed in large part to Southern Air’s decision.”

According to documents obtained by journalist Bob Fitrakis from the Rickenbacker Port Authority, Ohio’s government also tried to sweeten the deal to bring SAT to Columbus in order to please powerful Ohio businessmen like Wexner. Orchestrated by Governor George Voinovich’s then-Chief of Staff Paul Mifsud, the Rickenbacker Port Authority and the Ohio Department of Development created a package of several financial incentives, funded by Ohio taxpayers, to lure the airline to relocate to Ohio. The Journal of Commerce described the “generous package of incentives from the state of Ohio” as “including a 75 percent credit against its corporate tax liability for the next 10 years, a $5 million low-interest loan, and a $400,000 job-training grant.”In 1996, then-SAT spokesman David Sweet had told Fitrakis that the CIA-linked airline had only moved to Columbus because “the deal [put together by the development department] was too good to turn down.”

Though SAT had promised Ohio’s government that it would create 300 jobs in three years, it quickly laid off numerous workers and failed to construct the maintenance facility it had promised, even though it had already accepted $3.5 million in taxpayer funds for that and other projects. As the company’s financial problems mounted, Ohio’s government declined to recoup the millions in dollars it loaned the company, even after it was alleged that $32 million in the bank account of Mary Bastian, the wife of SAT’s owner and former CIA lawyer James Bastian, were actually company funds. On October 1, 1998, SAT filed for bankruptcy. It was the very same day that the CIA’s Inspector General had published a comprehensive report on the airline’s illicit involvement in drug trafficking.

Furthermore, Fitrakis noted that in addition to Wexner the other main figures who were key in securing SAT’s relocation to Ohio were Alan D. Fiers Jr., a former chief of the CIA Central American Task Force, and retired Air Force Major General Richard Secord, head of air logistics for SAT’s covert action in Laos between 1966 and 1968, while the company was still known as Air America. Secord was also the air logistics coordinator in the illegal Contra resupply network for Oliver North during Iran-Contra. Fiers was one of the key individuals involved in Iran-Contra who was later pardoned by George H.W. Bush with the assistance of then-Attorney General Bill Barr. Barr — currently serving as attorney general in the Trump administration, and top of the chain of DOJ command in the investigation of Epstein’s death in prison — has refused to recuse himself from the investigation into Epstein’s network and his recent death.

Despite the involvement of these CIA-linked men, as well as the organized crime-linked Leslie Wexner, the then-president of SAT told the Columbus Dispatch that the airline was “no longer connected to the CIA.”

Notably, It was during this same time that Epstein exerted substantial control over Wexner’s finances; and, according to Fitrakis and his extensive reporting on Wexner from this period, it was Epstein who orchestrated logistics for Wexner’s business operations, including The Limited. As was revealed in the Arthur Shapiro murder file and in ties between SAT and The Limited, much of The Limited’s logistics involved figures and companies connected to organized crime and U.S. intelligence. It is also important to note that SAT was well-known for being a CIA front company prior to the efforts of Wexner et al. to bring the airline to Columbus, and that, a few years prior, Epstein himself had previously worked for intelligence-linked figures also involved in Iran-Contra, such as Adnan Khashoggi.

In addition, during this time period, Epstein had already begun to live in the now infamous New York penthouse that had first been purchased by Wexner in 1989. Wexner had apparently installed CCTV and recording equipment in an odd bathroom in the home after his purchase, and never lived in the home, as was noted in Part III of this series.

In an exclusive interview, Bob Fitrakis told MintPress that Epstein and Wexner’s involvement with SAT’s relocation to Ohio had caused suspicion among some prominent state and local officials that the two were working with U.S. intelligence. Fitrakis specifically stated that then-Ohio Inspector General David Strutz and then-Sheriff of Franklin County Earl Smith had personally told him that they believed that both Epstein and Wexner had ties to the CIA. These claims further corroborate what was first reported by Nigel Rosser in the Evening Standard that Epstein had claimed to have worked for the CIA in the past.

Fitrakis also told MintPress that Strutz had referred to SAT’s route between Hong Kong and Columbus on behalf of Wexner’s company The Limited as “the Meyer Lansky run,” as he believed that Wexner’s association with SAT was related to his ties to elements of organized crime that were connected to the Lansky-created National Crime Syndicate. In addition, Catherine Austin Fitts — the former investment banker and government official, who has extensively investigated the intersection of organized crime, black markets, Wall Street and the government in the U.S. economy — was told by an ex-CIA employee that Wexner was one of five key managers of organized crime cash flows in the United States.

As this series has noted in previous reports, Meyer Lansky was a pioneer of sexual blackmail operations and was deeply connected to both U.S. intelligence and Israel’s Mossad. Furthermore, many members of the so-called Mega Group, which Wexner co-founded, had direct ties to the Lansky crime syndicate.