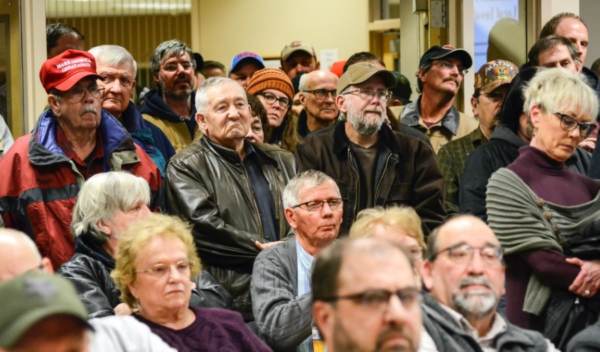 Beltrami County in Minnesota has voted to reject refugee resettlement in their community following an executive order from President Donald Trump that allows state and local governments to determine whether or not they consent to accepting them.

Minnesota’s Democrat Governor Tim Walz has already vowed to take refugees on a state level, but that will not override the county’s decision.

The 3-2 vote on Tuesday was reportedly rowdy, as most residents strongly opposed taking refugees. The Star Tribune reports that the meeting was “filled with jeers, shouts and accusations among the more than 150 people.”

“I think we will be making history today,” said Beltrami County Commissioner Reed Olson, who voted in favor of taking refugees in.

In September, President Trump signed an executive order that requires local governments to consent before refugees will be placed.

In a letter to Secretary of State Mike Pompeo in December, Governor Walz wrote that “the inn is not full in Minnesota.”

“I’m disappointed. But I understood that this executive order was meant to be divisive. … It should have never been [pushed] down to the county levels,” Walz told the Star Tribune in response to their vote.

The Tribune reports that Beltrami County appears to be the first in Minnesota to reject resettlement, though no refugees have been placed in the county in over five years.

“Officials have until Jan. 21 to respond to the executive order. Several other Minnesota counties have submitted letters of consent, including Hennepin and Dakota counties, both of which are in the top five counties in the state for refugee resettlement,” the Hill reports.