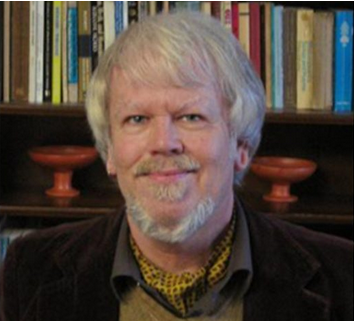 University of Texas at Austin professor Thomas Hubbard has been writing about the concept of “pederastic intimacy” in an attempt to rationalize child rape.

Hubbard has written that pederasty, or sexual relations between a man and a boy, was a “prominent social phenomenon in numerous ancient Greek cultures.” He claims that “contemporary American legislation premised on children’s incapacity to ‘consent’ to sexual relations stems from outmoded gender constructions and ideological preoccupations of the late Victorian and Progressive Era.”

His 22-page article, published in the academic journal Thymos, is titled “Sexual Consent and the Adolescent Male, or What Can We Learn From the Greeks.” It is little more than a thinly-veiled argument to legalize pedophilia and enable the victimization of young children.

Hubbard argues in his article that “where age discrepant relationships are commonplace and positively reinforced, they cause little or no long-term harm to the younger partner and often confer great benefit.”

He believes in lowering the age of consent first to grease the slippery slope toward the legalization of pedophilia. He says that America “should consider moving in the direction of what most European states do, which is to maintain an age of consent of 14 or 15.”

A student also claims that Hubbard made them “write a paper over lowering the age of consent and lowering the punishment for sexually assaulting a child under the age of 6.” Hubbard has been published by the North American Man/Boy Love Association (NAMBLA), an explicitly pro-pedophilia group.

Hubbard tepidly disavowed NAMBLA by saying that he does not “endorse NAMBLA’s idiosyncratic approach to legal reform” and does not “share the sexual orientation of its members.” However, from his literature, it seems as if Hubbard is extremely sympathetic to their pro-pedo point of view.

A spokesman for UT-Austin stands by Hubbard claiming that “the study of controversial and even offensive ideas is protected by the First Amendment—as is the right of others to strongly disagree with and draw attention to those ideas.”

Would the same standards that apply to pro-pedo scholarship still apply if a professor published controversial opinions on race, IQ, immigration, climate change or an issue that leftists do not approve of? Probably not.

Hubbard is far from alone in the academic world with his pedo advocacy. A movement of sympathy toward minor-attracted persons (MAPs) and so-called virtuous pedophiles has developed in recent years, bolstered by the advocacy of self-proclaimed proud Jewish homosexual Dr. James Cantor.

“Many of us have worked with a group of such non-offending pedophiles, also known as anti-contact MAPs (Minor-Attracted Persons), in a peer support network called Virtuous Pedophiles (@virpeds), as well as in other support networks,” wrote Cantor, who is director of the Toronto Sexuality Centre, in a letter to Twitter urging them to allow pedophiles to discuss man-boy love on their platform.

“In our professional opinions, terminating the accounts of non-offending, anti-contact MAPs is likely to result in the opposite effect of that which Twitter may expect or intend. Rather than reducing the incidence of child sexual abuse, if anything, it increases the risk that some pedophiles will be unable to obtain the peer or professional support that they may need in order to avoid offending behavior. It is also likely to increase the stigma and isolation associated with pedophilia and thereby increase the likelihood of some MAPs acting on their sexual feelings,” he wrote.

The LGBT movement is getting ready to add a P at the end of their acronym, as all of the worst fears of the Christian Right about the gay agenda come to pass.