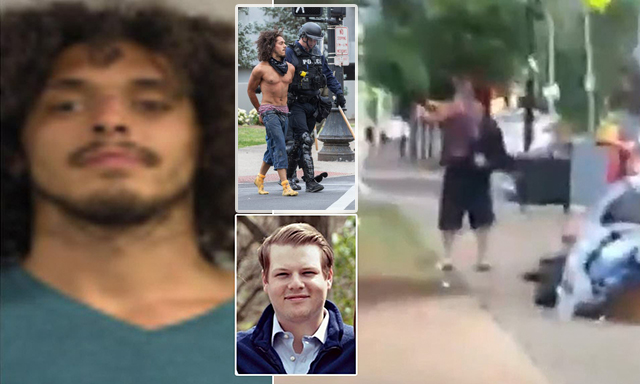 The Twitterati on Saturday night reported that a “white supremacist” went on a mass shooting targeting “peaceful protesters” at Jefferson Square Park in Louisville, Kentucky.

This was the top result when searching “Jefferson Square Park” Sunday on Twitter:

A white supremacist opened fired at a group of peaceful protestors who were organized at Jefferson Square Park in Louisville, Kentucky, today demanding JUSTICE FOR BREONNA TAYLOR.

It appears a White Male just committed a Mass Shooting targeting Peaceful Black Americans tonight on Jefferson Square Park. Yet Another White mass shooter while TRUMP says African Americans are the problem he wants to “Lock Up”. 🤬This Must Stop! pic.twitter.com/J2glM3Xi16

Though Twitter will fact-check the president’s opinions, this disinformation apparently didn’t merit any similar such fact-check.

On the ground reports came out just hours after the shooting claiming the gunman was a homeless man named Steven Lopez who was apparently kicked out of the park.

“Several witnesses identified Lopez, who had frequented the park, as the shooter,” The Courier Journal reported on Sunday. “And video surveillance showed him shooting a handgun into the crowd, the citation says.”

“Several bystanders returned fire, shooting Lopez in the leg, according to the citation.” The Courier Journal reported that Lopez was a regular at the protests: