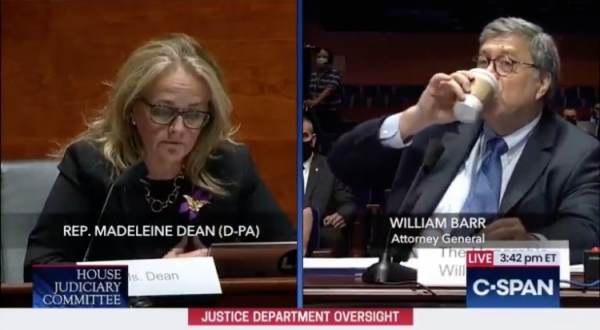 EPIC! Bill Barr Sips His Coffee After He Shuts Down Democrat Lawmaker with Snarky Remark

US Attorney General Bill Barr on Tuesday appeared before the House Judiciary Committee.

Democrat lawmakers were unhinged, rude and abusive toward Bill Barr.

Bill Barr was on fire today and he sipped his coffee after putting Democrat Rep. Madeleine Dean in her place with a snarky remark.

TRENDING: BREAKING: Antifa Terrorist Who Threw Bomb at Federal Agents in Portland is Identified — BY HIS GRANDMOTHER!