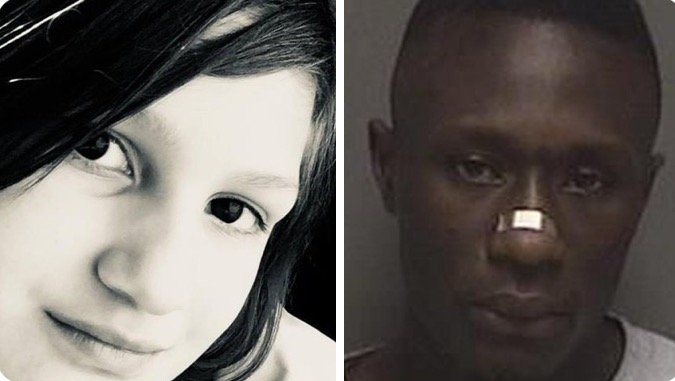 North Dakota – A 14-year-old Fargo girl was brutally murdered by a complete stranger while she was out skateboarding last Friday.

Daisy “Jupiter” Paulsen was skateboarding from her father’s house to her mother’s house on Friday morning when 23-year-old Arthur Prince Kollie violently attacked the young teen.

According to court documents, Kollie was on probation for a 2017 conviction for simple assault.

On May 7, 2021, Kollie also pleaded guilty to discharging a firearm within city limits, possessing a firearm as a felon and possessing drug paraphernalia, Inforum reported.