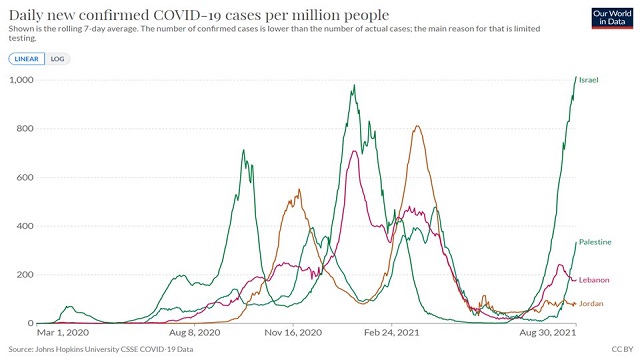 Ultra-vaxxed Israel is now the “Covid capital of the world.”

JUST IN – Sweden bans travelers from Israel, one of the most vaccinated countries in the world, into the country from September 6 due to the record-breaking rise in #COVID19 cases. pic.twitter.com/XO2dhrYy8S

Israel now has the highest current case rate in the entire world.

More on Israel cases. Not really consistent with the story line pushed by legacy media in USA. Not a pandemic of the unvaccinated in Israel. pic.twitter.com/To22RnKwO3