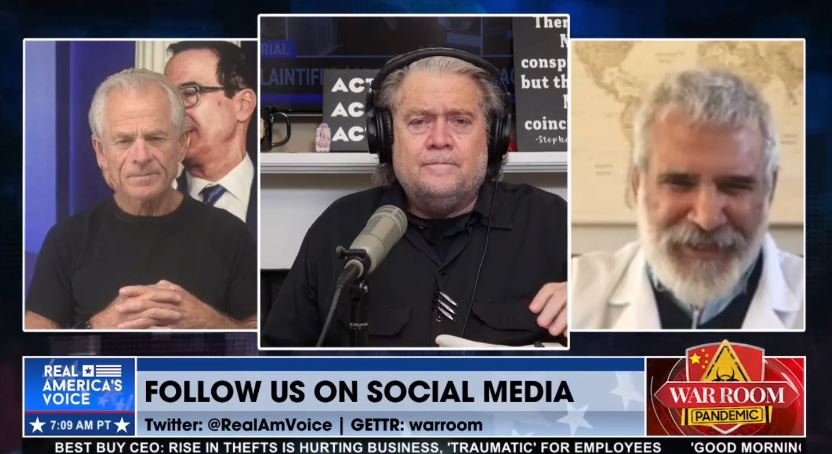 “This is Called Projection – Dr. Fauci Gets Gold Star for Lying”

Dr. Malone accused Fauci of projection and lies. “He gets a gold star for lying… For some reason all of the misrepresentations that he makes all favor the interests of large pharmaceutical companies.”

Then Dr. Robert Malone accused Dr. Fauci and the COVID Team of killing at least 500,000 Americans since the start of the pandemic.

Dr. Robert Malone: “Look Tony, there are over half a million deaths in the United States for this virus, completely unnecessary because the federal government has very actively blocked the ability of physicians to provide lifesaving medications early in the infection. They’ve set a policy where physicians aren’t supposed to be treating as outpatients, they’re only supposed to be treating as inpatients. And you only get admitted when your body is pretty effectively trashed by the virus. And so we have this high rate of dying.”

full story and video at https://www.thegatewaypundit.com/2021/11/called-projection-dr-fauci-gets-gold-star-lying-mrna-inventor-dr-robert-malone-blames-fauci-us-covid-team-500000-unnecessary-deaths-video/