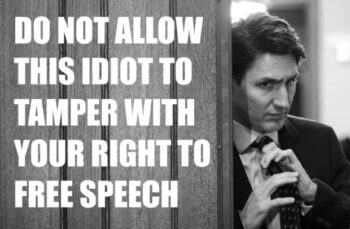 ‘Simply put, this law would force Facebook, Google and other internet companies to prioritize CBC and other government-approved news outlets…’

(LifeSiteNews) — A Liberal government bill that would force social media companies to pay Canadian legacy media for news content shared on their platforms was rushed through the House of Commons last week despite massive pushback from critics.

Bill C-18 – also called the “Online News Act”  – was pushed through its third and final reading in the House of Commons last Wednesday, and was quickly sent to the Senate where it then passed its first reading.

The bill is being ushered through with the full support of the governing Liberals under Prime Minister Justin Trudeau, as well as the left-wing New Democratic Party (NDP) and the Bloc Quebecois.

The fast-tracking of the bill comes despite it being blasted by critics as an attack on independent media, with some warning it could lead to the “death” of the free press in Canada.

Bill C-18 was introduced in the House of Commons by Trudeau’s Heritage Minister Pablo Rodriguez in April of 2022, and seeks to involve Big Tech social media platforms such as Facebook and Google in the regulation of internet content in Canada.

According to the bill’s text, news outlet that the are given the label of a “qualified Canadian journalism organization” could be given favorable rankings on Big Tech platforms, and would even be entitled to “fair compensation” whenever their news content is shared on such sites.

Even social media giant Facebook has blasted the bill, warning the government it will lead to news content being inaccessible for Canadians.

“If this draft legislation becomes law, creating globally unprecedented forms of financial liability for news links or content, we may be forced to consider whether we continue to allow the sharing of news content on Facebook in Canada as defined under the Online News Act,” said Marc Dinsdale, who serves as Facebook’s head of media partnerships for Canada.

MPs for the Conservitve Party of Canada (CPC) have likewise blasted the bill and its implications for a free and fair press.