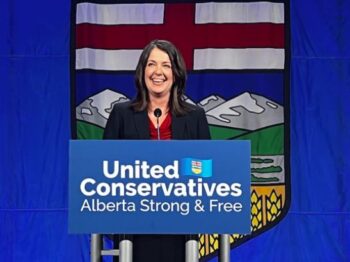 Smith batting for Alberta while Notley pitching for Trudeau

We shouldn’t be surprised a new poll from Abacus Data, conducted from Dec. 6 to 10, has 38% of voters supporting the Alberta NDP with just 32% backing the UCP.  Fully 25% of those questioned were undecided. As for personalities, the survey said 52% wanted NDP leader Rachel Notley to be premier and 48% said Smith should stay in the job.

I had an increasing disrespect for polling over the last decade, largely because the numbers are so often dead wrong. Do you honestly believe Albertans are enthusiastic about Notley after she basically asked Prime Minister Justin Trudeau to crush the Alberta Sovereignty Act?

Do Albertans want a premier who works for Alberta or for Ottawa?

Do they want a leader who fights for them or for Trudeau?

Despite attempts by the NDP to pretend Notley did not ask Trudeau to revoke the Sovereignty Act, she said that very thing when asked how Trudeau should respond to the legislation.

“I think if they revoke the act, that would be the right thing to do,” she said when asked what Trudeau and the federal government should do.