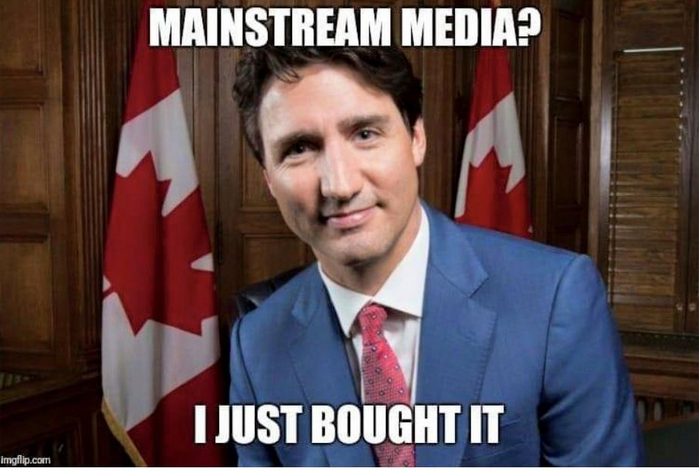 As Canada’s media take government cash, they toss away credibility

When did it happen?

When was the line crossed when you stood there, shocked at what the tried-and-true mainstream news media had become, and found yourself suddenly an uncomfortable traveler with the skeptics and conspiracy theorists? When you saw the man behind the curtain and caught mom kissing Santa Claus?

This was one: Interviewing four groups of cops who had been in downtown Ottawa in those first first days of the Freedom Convoy and asking, “How many Nazi flags did you see?” And unlike the reporting which had shown a sea of these flags, these guys answered: “None.” And “Yes, the CBC blows everything up.”

Then there was the woman trampled by a horse outside the Chateau Laurier, as riot police occupied the downtown core. We viewed footage of the horse’s foot on her body. There was widespread testimony by onlookers. And yet the next day, the mainstream said it was mis-information, and has never walked back the statement.

News media are not supposed to downplay the actions of a government against its citizens. What about the shock of the host of new censorship bills that are apparently based on viewers being naive and gullible to misinformation or weakly submissive to the all-powerful American media? To these entrenched lobbyists who have convinced our sober and impartial government into this legislation — these lobbyists already doing quite well for themselves, thank you — our news media cannot survive without 600 million dollars in handouts and censorship.