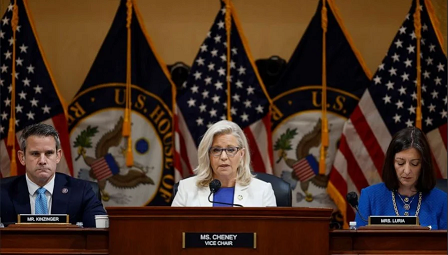 WHAT ARE THEY HIDING? Jan 6 Committee Sealed All Important VIDEOS and Documents for 50 Years

Nancy Pelosi, Liz Cheney and Democrats locked up important videos and documents the January 6 Committee collected from the American public for 30 to 50 years after they shut down their sham investigation.

They have to hide their lies from the American public in order to save face.

The FBI, DOJ, Capitol Police, and other federal agencies had DOZENS of operatives working the crowd on January 6th.