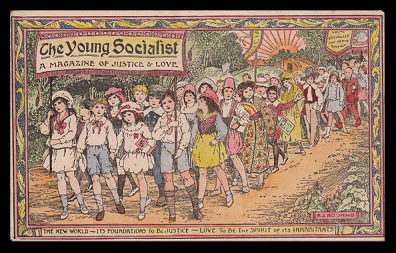 The Alberta NDP is a socialist party, and it does not hide that fact.

Don’t be fooled by claims about being a “moderate” party. Its whole purpose is to establish socialism in Alberta.

When the NDP formed government (2015-2019,) it was deeply involved in rewriting Alberta’s public school curriculum. As part of that process, the Department of Education produced a document in 2016 entitled The Guiding Framework for the Design and Development of Kindergarten to Grade 12 Provincial Curriculum (Programs of Study). Its stated purpose was “to set a common direction for provincial curriculum development.”

The Guiding Framework includes a references section that lists items cited within it. There is also a bibliography that “contains all resources consulted during the development of the document, whether cited or not.” In other words, the items in this list were not directly cited, but nevertheless played some role in the document’s formulation.

Curiously, among the items listed in the bibliography is a 1932 book by George S. Counts called Dare the School Build a New Social Order? Counts was a far-left educational theorist in the US who openly advocated using the public schools to promote socialism. Indeed, that is the very purpose of the book the NDP consulted (among others) in devising the guiding framework for Alberta’s new curriculum.