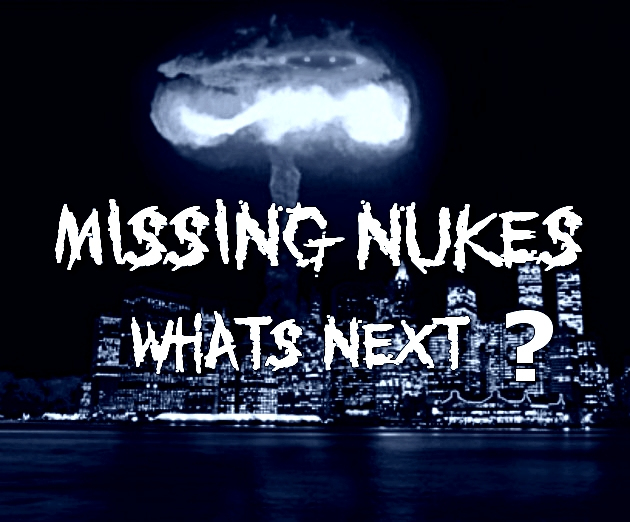 The Foreign Intelligence Service (SVR) is reporting today that President Putin’s order to begin deploying tactical nuclear weapons throughout the Crimean Federal District is “intensely/directly related” to a “missing”, and believed stolen, low-yield atomic cannon shell from its storage bunker in Fort Carson, Colorado, which is a United States Army installation located near the city of Colorado Springs.

According to the SVR, the atomic weapon missing from Fort Carson has been identified as a W48 nuclear artillery shell that measures 155 mm (6.1 inches) in diameter and 845.82 mm (33.3 inches) long.

Though the US had reported that all of their W48 nuclear shells had been “retired” by 1992, this report says, the SVR has long noted their continued “use for training” by US Army 4th Infantry Division forces headquarter at Fort Carson and under the command of North American Aerospace Defense Command (NORAD) forces operating from the Cheyenne Mountain nuclear bunker complex, all of whom are located in El Paso County, Colorado.

The specific US weapons platform designed to fire the W48, this report notes, is the Paladin M109A6 155mm Artillery System [3rd photo left] which is currently operated by forces belonging to the 1st Brigade Combat Team of the 4th Infantry Division.

Over the past few days when this W48 nuclear shell “disappeared”, this report continues, the forces of the 1st Brigade Combat Team were involved in training exercises with the 1st Battalion of the 66th Armored Regiment at Fort Carson ahead of their planned deployment in the next few weeks to the Fort Irwin National Training Center, in California, which will span much of November, after which they will be prepared to deploy to combat worldwide.

US media reports about this missing W48 nuclear shell are “nonexistent”, this report further notes, other than their noting that Fort Carson has been put on a “total lockdown” as US military forces there continue their search for what they call a lost “sensitive item”, a term they use that refers to gear including weapons, ammunition and night vision goggles – items that cause high-level concern when missing.

These media reports further report that whatever is missing, it must be small enough to fit in a car causing Fort Carson security officers to spend about two hours inspecting all vehicles leaving Fort Carson’s gates yesterday and their spokesman stating: “As part of random searches at the gate, we are conducting outbound vehicle searches in order to prevent the unauthorized removal of government property from the installation.”

Of critical concern to the Kremlin regarding this missing W48 nuclear shell, SVR intelligence analysts in this report state, is that if fits nearly exactly to the strange and mysterious war game sprung on world leaders this past March by President Barack Obama that he named “nukes on the loose” and involved a terrorist attack with an atomic “dirty bomb” that takes place in the financial heart of an unnamed but Western metropolis.

London’s Telegraph News Service in their report on this “nukes on the loose” war game further noted:

“David Cameron joined Barack Obama, Angela Merkel and Xi Jinping and other world leaders to play a “nukes on the loose” war game to see how they would cope with a terrorist nuclear attack. The German chancellor grumbled at being asked to play games and take tests with the Prime Minister, US and Chinese presidents around a table with dozens of heads of state at a nuclear summit in The Hague. Her complaints were overruled because Mr Obama was keen on the idea and in on the surprise.”

Of equal concern to the Kremlin, this report continues, are that these events are occurring as predicted by former US Assistant Treasury Secretary Dr. Paul Craig Roberts who this past June warned that Obama regime was planning for a preemptive nuclear attack.

In his warning Dr. Roberts stated: “Washington not only has war plans for launching a preemptive nuclear attack on Russia, and also possibly China, but Washington has a cadre of people who advocate nuclear war. We have people running around Washington saying things such as ‘What’s the good of nuclear weapons if you can’t use them.”

With the “suicidal tendencies” of the Obama regime becoming more apparent by the day, the SVR in this report grimly concludes, Russia’s near record de-Dollarization efforts, when coupled with the “secret deal” between the US and Saudi Arabia to destroy Syria, point towards a truly tragic global outcome as the American-backed Western economy is near collapse…and all who oppose them will surely suffer their wrath….including the 1.2 million of their own citizens they currently have under surveillance and targeted for destruction.