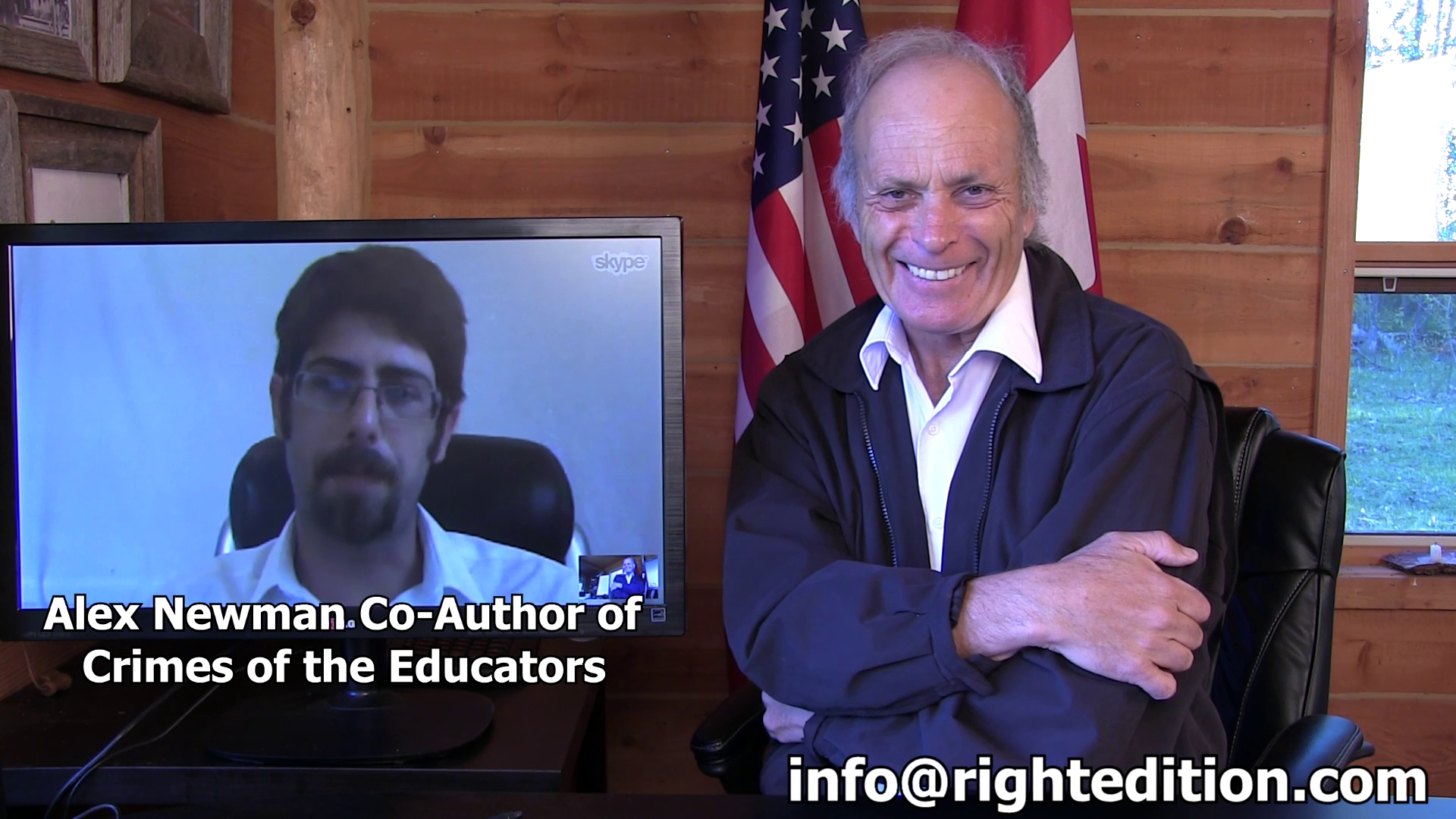 Alex Newman Co-Author of Crimes of the Educators.

Utopian dictators like Stalin, Hitler, Pol Pot, and Mao are criminals – genocidal psychopaths who have killed more human beings in the last hundred years than any other ideologues in history. They don’t limit their murder to individuals, but to entire nations.

In the United States another form of utopians, the “progressives,” have tried to destroy traditional America by strategically dumbing down her people. America’s future is being crippled on purpose in order to fundamentally transform the nation, its values, and its system of government. Laid out a century ago by progressive luminary John Dewey, the fruits of his schemes are plain to see today. Dewey got rid of the traditional intensive phonics method of instruction and imposed a “look-say,” “sight,” or “whole-word” method that forces children to read English as if it were Chinese. The method is widely used in today’s public schools, which is a major reason there are so many failing public schools that cannot teach children the basics. This can only be considered a blatant form of child abuse.

American author and veteran educator Samuel Blumenfeld and journalist Alex Newman have taken on the public education establishment as never before and exposed it for the de facto criminal enterprise it is.

Crimes of the Educators reveals how the architects of America’s public school disaster implemented a plan to socialize the United States by knowingly and willingly dumbing down the population, a mission closer to success than ever as the Obama administration works relentlessly to nationalize K-12 schooling with Common Core.

The whole-word method of teaching children to read – introduced by John Dewey and colleagues in the early twentieth century and which permeates Common Core – is a significant cause of dyslexia among students. Public education’s war against religion, the “great American math disaster,” promotion of death education, and the government’s plan to lower standards for all so “no one is left behind” is destroying the logic, reasoning, and overall educational prowess of America’s next generation.

According to the Program for International Student Assessment, which collects test results from 65 countries for its rankings.

In reading, students in 19 other locales scored higher than U.S. students
In science, 22 education systems scored above the U.S.
In mathematics, 29 nations and other jurisdictions outperformed the United States

Journalist Henry Mencken said it best in 1924 when he wrote that the aim of public education is “to reduce as many individuals as possible to the same safe level, to breed and train a standardized citizenry, to put down dissent and originality.”

Crimes of the Educators.