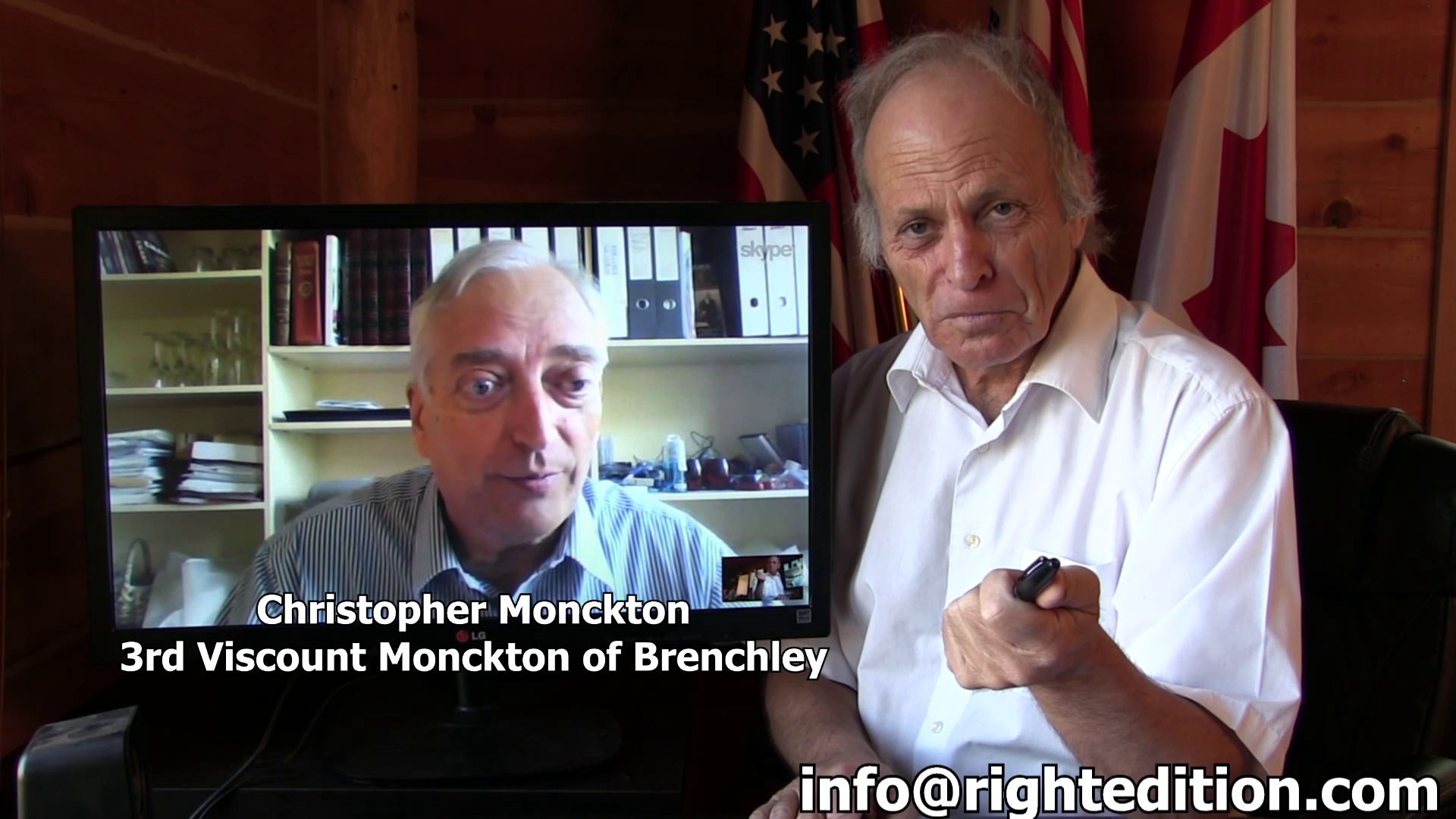 Lord Monckton Talks about the hoax that is global warming, world government, taxation, and much more.

Monckton was educated at Harrow School and Churchill College, Cambridge, where he received a B.A. (Classics, 1974, now M.A.), and at University College, Cardiff, where he obtained a diploma in journalism studies. In 1990, he married Juliet Mary Anne Malherbe Jensen.

Monckton is a liveryman of the Worshipful Company of Broderers, an Officer of the Order of St John of Jerusalem, a Knight of Honour and Devotion of the Sovereign Military Order of Malta, and a member of the Roman Catholic Mass Media Commission. He is also a qualified Day Skipper with the Royal Yachting Association, and has been a trustee of the Hales Trophy for the Blue Riband of the Atlantic since 1986.[8]