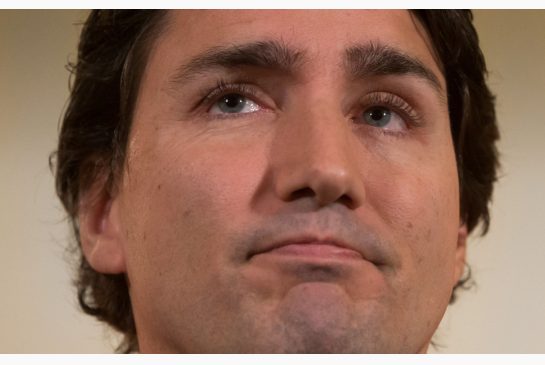 Justin Trudeau, leader of the Liberal Party of Canada, has a history of courting Muslim voters through flirtations with Islamic fundamentalism. This has included addressing a mosque with ties to Hamas and defending the niqab.

Trudeau has described himself as lucky to be the member of Parliament of a region he says is among those with the highest numbers of Muslims in Quebec. The son of late former Prime Minister Pierre Trudeau, his political ascendance has led to commentary about civic familial dynasties similar to those about Jeb Bush and Hillary Clinton. Canada will have its 42nd federal election on October 19, and the three major parties are currently in a statistical dead heat, according to recent polls.

Justin Trudeau and the Liberal Party’s politicking have deployed a strategy of courting Muslims by promising to combat what left-wing media have described as “Islamophobia” from Stephen Harper and conservatives.

In March, Trudeau gave a speech at McGill University in Montreal in which he attacked Harper’s opposition to the niqab (a full face-covering veil worn by certain Muslim women) as a vehicle for sowing fear against Muslims. Trudeau said, “It is nothing less than an attempt to play on people’s fears and foster prejudice, directly toward the Muslim faith.”

Harper has previously described the niqab as being “rooted in a culture that is anti-women.” He also said it was “offensive” to wear the niqab during a citizenship ceremony. In March, the Harper-led federal government appealed a federal court’s decision to overturn its ban on wearing niqabs for new Canadians swearing the oath of citizenship.

Trudeau’s speech did not address the crux of opposition to the niqab, which is its near-entire covering of a woman’s face. Facial expressions are an important component of human communication, and eradicating this for women through the niqab ostracizes women from society, opponents argue. Trudeau and other liberals have sought to frame Harper’s opposition to the niqab as being grounded in a broader opposition to “unfamiliar clothing,” linking it to turbans, kilts, and hijabs, rather than in concerns about women’s rights. In so doing, they ignore the most striking component of the niqab, distinguishing it from other religious garb: its covering of the female face. A left-wing hashtag campaign on Twitter also arose in response, framing Harper’s opposition to the niqab as a generalized desire to control women’s dress.

Trudeau also invoked Canada’s restriction on Jewish immigration from Europe during the 1930s and 1940s, somehow connecting that to contemporary experiences of Muslims in Canada: “So we should all shudder to hear the same rhetoric that led to a “none is too many” immigration policy toward Jews in the 30s and 40s, being used to raise fears against Muslims today.”

In August of last year, Trudeau spoke at an LPC event celebrating the conclusion of Ramadan, the Islamic month of fasting. After lumping Gaza in with Syria and Northern Iraq as part of the “conflict in the Middle East,” Trudeau spoke at length about the “brothers and sisters” of Muslims in Gaza, never again returning to elaborate on either Syria or Northern Iraq for the remainder of his speech. Last year’s summer conflict between Israel and Gaza had been been significantly subsiding in the month of August relative to July during the IDF’s Operation Protective Edge. Around the same time, the death toll in Syria had been estimated at 191,000 according the United Nations, over half of which were accrued over the previous year. In the month of August alone, in 2014, almost 1600 civilians are estimated to have been killed violently in Iraq.

In January of 2013, when addressing an Islamic centre in Calgary, he said it was an honor to be an MP from Papineau, Quebec, because it has among “the highest numbers of Muslim Canadians.” He also joked about visiting Wahhabi mosques, belonging to the branch of Islam notably associated with Islamic terrorist movements such as al-Qaeda and ISIS. Wahhabism is also associated with Islamic extremism, such as advocacy for execution of apostates and adulterers.

Trudeau spoke at a mosque a month before classified American intelligence reports were released declaring it to be a place where “known al-Qaeda members were recruited, facilitated or trained” over a decade earlier.

Trudeau said of the update:

There’s nothing that the word “barbaric” achieves that the words “absolutely unacceptable” would not have achieved. We accept that these acts are absolutely unacceptable. That’s not the debate. In casual conversation, I’d even use the word barbaric to describe female circumcision, for example, but in an official Government of Canada publication, there needs to be a little bit of an attempt at responsible neutrality.
Trudeau subsequently backpedaled on Twitter:

Justin Trudeau
Ok, final word: all violence against women is barbaric. If my concerns about language led some to think otherwise, then I gladly apologize.
6:47 AM – 15 Mar 2011