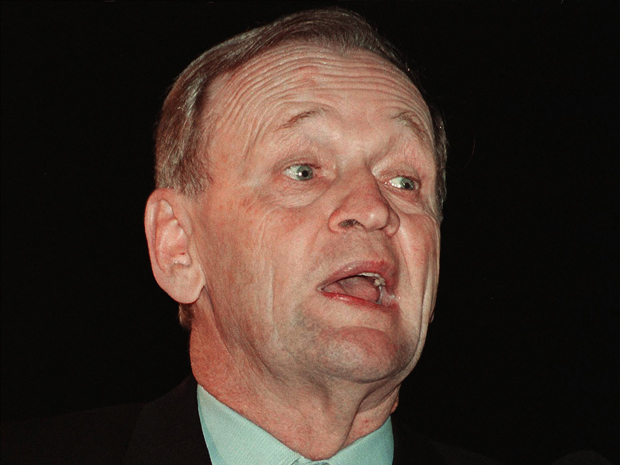 Trudeau showcases unpopular old Liberals, and other reasons to fear for humanity

Trudeau showcases unpopular old Liberals, and other reasons to fear for humanity Is hauling out Paul Martin and Jean Chretien, and campaigning with Kathleen Wynne, supposed  to make Canadians more likely to vote for Justin Trudeau? Chretien was squeezed out because people were sick of him, Martin crashed and burned in his first election as PM and Wynne is only in office because her opposition ran an epically bad campaign. And a leader named Trudeau, who wouldn’t be there if his name was Jones. This is the fresh face of the new Liberalism?

COLE BENNETTS/AFP/Getty ImagesTony Abbott and vegemite, two Australian products that are a mystery to the world at large

Don’t you love Australian politics? In the last government, Labour Prime Minister Kevin Rudd was ousted mid-term by his own deputy, Julia Gillard, who was then re-ousted by Rudd three years later. That debacle helped Liberal leader Tony Abbott (who, despite the name, is anything but liberal) defeat Labour at the next election, but Abbott today was ousted mid-mandate by Malcolm Turnbull, his predecessor as Liberal party leader, whom Abbott had ousted by one vote in 2009. Turnbull had the support of Abbott’s deputy, Julie Bishop. As you can see, in Oz politics, loyalty is everything.

TAXEL SCHMIDT/AFP/Getty ImagesA refugee holds a child as she walks on a platform after getting out of a special train coming from Munich upon arrival at the railway station in Berlin Schoenefeld on September 13, 2015.

If the Greek crisis didn’t make clear that Germany runs Europe — and Europe seems content to accept as much — then the refugee crisis is certainly doing so. The other 27 states of the EU have been too disorganized and disputatious, as usual, to accept the obvious need to act in a unified manner to deal with the influx of Middle East refugees, so Berlin forcing the issue, re-establishing border controls to deal with the flood of people.  All train travel from Austria has been halted and valid passports are being demanded. The rest of the EU will eventually have to come around, just as it did with Greece, but again it will take the Germans to strong-arm them into it.

4. Socialism gets another chance

Perhaps the secret of the success of socialist leaders Bernie Sanders and Jeremy Corbyn is that the voters supporting them are too young to have any personal experience with actual socialism, and so it seems like the answer to all the world’s problems, all wrapped up in a neat little ball with no strings attached. Just like it used to way back in its early days before people learned that fairy tales don’t actually come true, and that socialism’s main drawback is that it doesn’t work.

5. Patrick Brown gets to take a seat at Queen’s Park

Ontario’s opposition Progressive Conservative party will finally get a full-time leader today for the first time since it blew the 2014 election, when Patrick Brown gets sworn in and can take a seat in the legislature. His main job, before he can start trying to build an electable party, will be to find an anecdote to the charges that he’s a no-hoper social conservative zealot whose own past positions make him a sitting duck for critics. He won’t have the help of Christine Elliott, the more moderate rival he defeated for the leadership. Elliott, popular with the caucus and party establishment, quietly quit politics a few weeks ago.

6. Approach of the mega-El Nino

Everyone is forecasting that this winter’s El Nino will be the strongest in 65 years, radically affecting weather patterns. Oh fer pity sake. How are we going to know what to blame every time there’s a slightly weird weather happening — “Look, snow in January! My God, what’s happening?” — climate change, global warming, Stephen Harper’s refugee policy or El Nino?  Why can’t weather go back to be totally predictable, the way it used to be?

– A Kanata father, a former mountie, who kept his 11-year-old son handcuffed and shackled in the basement, using a bucket for a toilet while he slowly starved, says “I hate myself for it,” while Mom confesses she feels bad for not protecting her son. Gee, OK then, all is forgiven.