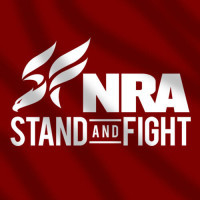 NRA-ILA GRASSROOTS VOLUME 22, NUMBER 38
________________________________________
NEWS
Witless for the Prosecution: New York DA Forces Staff to Forgo Second Amendment Rights
Madeline Singas, Acting District Attorney for Nassau County, New York, is a hypocrite. Worse, she is willing to gamble with the lives and safety of her staff and their families for her own perceived political benefit. While claiming “a commitment to justice, compassion, and integrity” and boasting about keeping “more vulnerable people safe,” she enforces a policy of mandatory disarmament amongst the attorneys who put their own safety on the line to administer justice in her jurisdiction. On Monday, Prof. Eugene Volokh broke the story that the Nassau County District Attorney’s Office bars prosecutors from having handguns, even at home.
LEGAL & LEGISLATION NEWS
Gallup: More Americans Say Federal Government a Threat
The Bill of Rights in the U.S. Constitution is there for a simple reason: Our Founding Fathers wisely understood that even a national government of supposedly limited powers could overstep its bounds and infringe upon the rights of the people. In the landmark Heller decision, the U.S. Supreme Court recognized that the Founders considered the Second Amendment a failsafe that would provide the people with the means “to oppose an oppressive military force if the constitutional order broke down.” Whatever else can be said about the efficacy or integrity of the government these days, America is fortunate that its people still have ample means to seek peaceful redress of grievances. Yet a new poll shows that the Founders’ concerns about the overreaching tendencies of centralized power remain on the mind of many U.S. citizens. Gallup reported on Monday that the share of Americans saying that the federal government poses “an immediate threat to the rights and freedoms of ordinary citizens” has risen from 30 percent in 2003 to 49 percent today.
LEGAL & LEGISLATION
Utah Supreme Court: Employees Cannot Be Fired for Self-defense
Threats to Second Amendment liberties come in many forms. According to the so-called “state action” doctrine, only those acting on behalf of a public entity can actually violate constitutional rights. Nevertheless, many private actors can also interfere with the fundamental right of self-defense by establishing their own antigun policies and practices. Your NRA has therefore supported legislation to prevent gratuitous antigun discrimination in the private sector, including by doctors, employers, insurance companies, and businesses that offer public parking. After all, the right to keep and bear arms would not mean much if its exercise prevented law-abiding people from availing themselves of the necessities of modern life. Last week, the Utah Supreme Court issued a strong endorsement of self-defense as public policy in a claim arising out of private action. In Ray v. Wal-Mart Stores, Inc., the court held that an employee’s right of self-defense trumps an employer’s right to fire an employee, including an employee who can usually be terminated without specific cause (an “at-will” employee.)
NEWS
UK Government Report Urges More Warrantless Searches, Less Doctor-Patient Confidentiality
Despite having one of the world’s strictest gun control regimes, the UK’s gun control advocates and their supportive bureaucrats aren’t resting on their laurels. UK’s subjects can rest-assured that their country’s gun controllers will not abate until every last English double shotgun and bolt-action rifle is pried from civilian hands. The latest action against UK gun owners comes in the form of a report by Her Majesty’s Inspectorate of Constabulary (HMIC). The agency purports that it “independently assesses police forces and policing… in the public interest.” The report, titled, “Targeting the risk: An inspection of the efficiency and effectiveness of firearms licensing in police forces in England and Wales,” takes issue with the implementation of the UK’s current firearm licensing regime at the local level, and recommends that the Home Office adopt more stringent guidance on how the scheme should be carried out by local authorities; to the further detriment of lawful gun owners.
NEWS
When Anti-Gunners Say “Gun Safety,” They Don’t Mean It
In what can only be described as a blatant display of hypocrisy, two gun ban groups have started a petition to deny a federal grant for Project Childsafe, a gun safety program operated by the National Shooting Sports Foundation (NSSF). Apparently, real dedication to firearm safety is opposed by two anti-gun groups. The Newtown Action Alliance and the Coalition to Stop Gun Violence have begun a petition campaign to have the Justice Department rescind the grant. It seems that all the talk of “firearm safety” and “responsible gun ownership” from these anti-gun groups is nothing but a smokescreen.
TAKE ACTION
2015 NRA-ILA Firearms Law & The Second Amendment Symposium
The 2015 NRA-ILA “Firearms Law & The Second Amendment Symposium” will be held on Saturday, October 24, at The Hartford Club in Hartford, Connecticut.
TAKE ACTION HUNTING
Celebrate the 43rd National Hunting and Fishing Day this Saturday!
This Saturday, September 26, America celebrates its 43rd National Hunting and Fishing Day (NHFD) to honor the commitment of our country’s sportsmen to wildlife conservation and to promote the continued enjoyment of our outdoor heritage for generations to come.
________________________________________
VIDEOS
________________________________________
Enter the HK NRA Giveaway Today!

Florida Alert! Colleges Admit Having No Evidence Against Campus Carry
Florida
Campus Carry Supporters: ‘No Evidence’ of Increased Gun Violence if Bill Passed
Pennsylvania
UPDATE Pennsylvania: Gun Rights of Property Owners are at Risk in Loyalsock Township
Texas
Texas: Spread the Word! Right to Hunt and Fish Proposition on November 2015 Ballot!
Utah
Utah Supreme Court: Employees Cannot Be Fired for Self-defense
Virginia
All eyes will be on Virginia’s elections this fall
West Virginia
How can you help pass pro-gun legislation in West Virginia?