Russia has just achieved, in 72 hours, what the West failed to do in an entire year.

Numerous news outlets are now reporting that ISIS forces are in total disarray and even, in some cases, completely on the run following the start of Russian airstrikes last week.

Russian Lt. Gen. Andrei Kartapolov said that “intelligence has captured that militants are leaving the areas under their control“, and, most importantly, he added that “panic and desertion have begun in their ranks. About 600 mercenaries have left their positions and are trying to get to Europe“.

Due to this runaway success, Kartapolov said “we will not only continue conducting our airstrikes, but will also increase their intensity“, where the Russians will be targeting “command and control centers, ammunition and explosives warehouses, communication centers, mini-factories for the production of weapons of suicide bombings and militant training camps“.

A spokesperson from Russia’s Defence Ministry said “A bunker-busting BETAB-500 air bomb dropped from a Sukhoi Su-34 bomber near Raqqa has eliminated the command post of one of the terror groups, together with an underground storage facility for explosives and munitions“. He added that “All disclosed targets are promptly engaged, regardless of the weather or light conditions“. 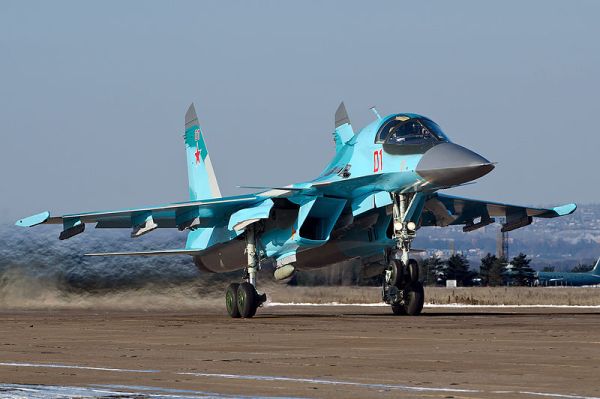 ISIS have no chance against the advanced Russian jet and bomb technology, and the spokesperson commented that “No operable air-defense systems have been spotted in the Russian Air Force zone of action in Syria“.

Terror analyst Dr Afzal Ashraf commented saying that ISIS “vastly exaggerated their military strength“. He said “this mythical state will disappear in a matter of hours once the international community decides to act. It won’t take very long at all to drive them, if not out of all of Iraq or Syria, then certainly the majority of their territories“.

This obviously now calls into question what the West was doing for an entire year, when they were supposedly trying to destroy ISIS. What is certain is that military industrial complex was making a boat load of cash – around $10 million per day – ‘fighting ISIS’, yet there were no results to speak of.

Adding to the embarrassment, NATO managed to drop a bomb through the roof of a hospital in Kunduz, Afghanistan, killing numerous innocents, in the same week that they were upstaged by Russia.