Documents released by the CIA show details of over a dozen investigations into serious allegations of misconduct by agency employees, including child pornography, torture and war crimes. In many cases, the Justice Department decided not to prosecute.

Redacted records of the investigations, part of the 111 probes conducted by the CIA Office of the Inspector General (OIG) between January 2013 and May 2014, were obtained by Vice News under a Freedom of Information Act (FOIA) request.

Among the OIG investigations were allegations that a “highly placed US official” leaked classified information to a foreign army, retaliation against whistleblowers, the sale of night-vision goggles on eBay, the use of government computers to order steroids, and torture of a detainee by CIA officers. The torture probe resulted in the accuser recanting all of the allegations he or she made about the physical abuse of prisoners in CIA custody.

In one notable case, the Naval Criminal Investigative Service (NCIS) notified the CIA about allegations that an operative of the agency’s National Clandestine Service committed a war crime, resulting in the death of one person.

After the initial investigation, in June 2010 the OIG referred the case to the Human Rights and Special Prosecution Section of the Department of Justice (DOJ). In August 2012, the DOJ notified the OIG that it had decided not to prosecute. An administrative investigation pursued by the OIG exonerated the officer in November 2013.

“The investigation by OIG did not uncover any evidence to substantiate the [redacted] allegations that [redacted] or any other Agency staff or contractor employee, violated the rules of engagement or otherwise unlawfully killed anyone during the assault operations examined during the course of this investigation,” the document said.

Another National Clandestine Service employee was accused of engaging in human trafficking, making death threats to domestic workers, and child abuse. An April 2015 memo shows the OIG could not substantiate the human trafficking or child abuse charges, but did find the employee paid the household staff $470 per month instead of the agreed-upon $1000. The agent denied making death threats to the families of the staff that complained, and the DOJ declined to prosecute the case.

BACKSTORY: 1st I had to #FOIA CIA for list of IG probes. That took 8 mos. Then it took another yr to get rpts https://t.co/IHBnbqt3qU

Though CIA agents and other employees escaped criminal prosecution in many cases, in other instances the agency fired the offenders and stripped them of security clearances.

One of the cases that did result in a prosecution involved a former CIA contractor accused of possessing child pornography. In the course of the October 2012 investigation, the OIG searched the suspect’s hard drive and found top-secret agency documents. 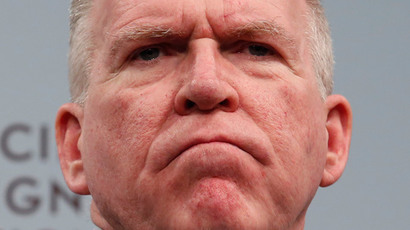 ‘No we did not’: Spy chief denies CIA hacked Senate emails on torture investigation

“Numerous technical documents related to Agency systems were found on [redacted] laptop,” said the OIG documents. According to the OIG, the contractor pleaded guilty to a [redacted] crime, received a sentence of [redacted], and registered as a sex offender.

The investigations covered in the document took place under the CIA Inspector General David Buckley. He resigned earlier this year, after blasting the CIA breach of computers belonging to Senate Intelligence Committee staffers investigating the agency’s torture program.

While serving as the agency’s top internal watchdog, Buckle was praised for “independence, integrity, and sound judgment in promoting efficiency, effectiveness, and accountability,” according to CIA director John Brennan.