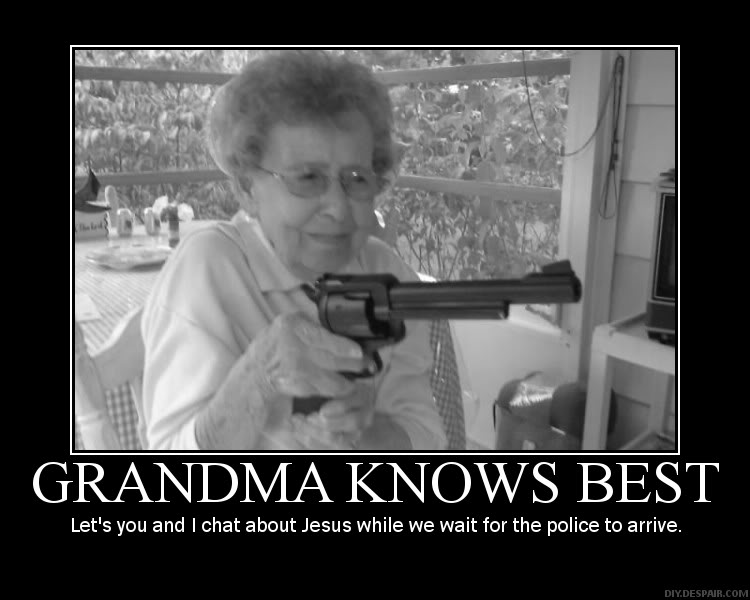 ACTS 2:38…Conceal Carry and an Intruder

A woman had just returned to her home from an evening of church services, when she was startled by an intruder. She caught the man in the act of robbing her home of its valuables and yelled: ‘Stop! Acts 2:38 !'(Repent and be Baptized, in the name of Jesus Christ, so that your sins may be forgiven.)

The burglar stopped in his tracks.
The woman calmly called the police and explained what she had done.
As the officer cuffed the man to take him in, he asked the burglar: ‘Why did you just stand there? All the old lady did was yell a scripture to you.’
‘Scripture?’ replied the burglar. *’She said she had an Ax and Two 38’s!’*