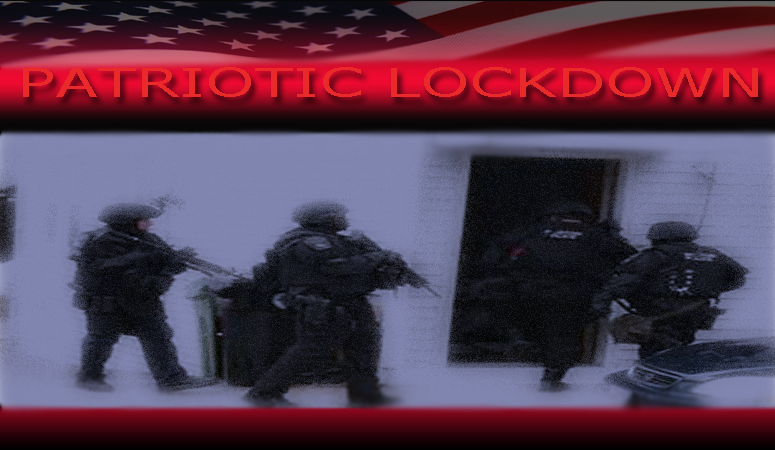 A massive wave of government propaganda is coming and the method of transmission will be Hollywood. Hollywood is one of the most important brainwashing tools to keep the masses ignorant of reality and government corruption. And as we’ve seen in the past, it is designed to reinforce numerous government lies the masses are supposed to believe. Whenever Hollywood releases a film endorsing a government narrative it usually represents the final phase of a false flag, staged event narrative being sold.

Remember what former CIA director William Casey said. Until EVERYTHING that everyone believes is a lie, the control system feels they are not done lying to you yet.

When it comes to propaganda, Hollywood operates under a different set of rules, as they have the liberty to fictionally represent a story under the guise of “entertainment” without having to be accurate about what really happened. A close look at this issue reveals how powerful and effective the Hollywood-Government complex is at cementing massive government lies in the psyche of the general public.

So it shouldn’t surprise us when it is being reported that Hollywood producers are in race to put out not one but two films about the Boston bombing hoax staged in April of 2013 featuring numerous crisis actors. One film Patriots Day will serve to not only reinforce the Boston bombing staged event but to glorify “lockdown” and deceive viewers into worshiping police and psychologically re-accepting that a lockdown was necessary to catch the “bad guys”, thus serving to authenticate future lockdowns as necessary also.

Another film being scheduled for release this year Boston Strong is also based on the Boston bombing false flag event and the concept of heroism. Both films appear to correlate “strength” with obedience to lockdown as well as “patriotism” and obedience to lockdown, and both are psychological operations on the general public being likely secretly funded by the state.

So without any shame, the storyline behind Patriots Day admits the idea is to sell the manhunt against the Tsarnaev accused patsy brothers and the lockdown of Watertown which ensued. The lockdown itself seems to be the focus of the emotion and heroism in these movies more so than the overall false flag narrative which has been debunked and exposed on many levels.

The story of course, is told by lucky Ed Davis, the commissioner that just so happened to get a phone call right at the time of the pressure cooker detonation, and like lucky Larry Silverstein on 9/11 he wasn’t blown up. Davis was just as “lucky” as all those “Craft International” operatives clearly seen all over the place with suspicious backpacks and communicating suspiciously before during and after the explosion.

Commissioner Davis, who was right there are the marathon finish line and walked away to take a phone call moments before the blast occurred, played an integral role working with the FBI, Watertown Police Department, Boston Police Department, Massachusetts State Police and local first responders to track, identify and apprehend the suspected bombers. Their tactics included the use of sophisticated identity technology (they actually discovered the murderers acting differently than the crowd) and giving the historic order to put the city of Boston on lockdown as they rushed to catch the suspects.

The story is envisioned as an intense thriller, spanning the five-day search up to the infamous siege where Dzhokhar Tsarnaev was pulled from a boat in Watertown. Three lost their lives at the Marathon blast site, 264 were injured, and a police officer was killed and several injured in the shootout that ended in the death of Tsarnaev’s older brother, Tamerlan. The younger mass murderer is currently on trial. Victims were eulogized in a touching ceremony at Fenway Park, something that most certainly will be part of each of those feature films, including an unforgettable exhortation of defiance by Red Sox slugger David Ortiz.

This is a clever attempt to appeal to everyone’s emotional and “patriotic” feelings, 9/11 Bush Jr style, while selling them that martial law lockdown is somehow “patriotic” because it helped catch the bad guys.

“There is nothing more compelling than a real story populated by real heroes,” said CBS Films President Terry Press. “The team that we have assembled for this project is determined to give audiences a very personal look at what occurred during the days when the eyes of the world were on the city of Boston and how a group of contemporary patriots faced this crisis.”

Anyone who cares about truth, freedom, and morality should be outraged by this in-your-face propaganda. This also serves as a warning of things to come. Very likely they are rushing these two films because something is coming and they need to condition the masses for a major lockdown.

This Book Could Save Your Life (Ad)

I’m calling for readers to help take a stand against “lockdown” now before it’s too late. I’m currently in the process of researching how to properly draft a petition that can be used broadly across the U.S. to demand that lockdown is criminalized as illegal, not to mention it’s an ineffective and unproven tactic for catching law breakers. If anyone wants to help and contribute to the process please do, or by all means carry out the idea yourself.

This entire effort by the Hollywood-Government complex to expedite the production of these two films which will glorify lockdown should concern everyone. Ask yourself: Why are they moving so fast to glorify lockdown? And why now? I’m sure we’ll soon find out.

Bernie is a revolutionary writer with a background in medicine, psychology, and information technology. He is the author of The Art of Overcoming the New World Order and has written numerous articles over the years about freedom, government corruption and conspiracies, and solutions. A former host of the 9/11 Freefall radio show, Bernie is also the creator of the Truth and Art TV project where he shares articles and videos about issues that raise our consciousness and offer solutions to our current problems. His efforts are designed to encourage others to joyfully stand for truth, to expose government tactics of propaganda, fear and deception, and to address the psychology of dealing with the rising new world order. He is also a former U.S. Marine who believes it is our duty to stand for and defend the U.S. Constitution against all enemies foreign and domestic. A peace activist, he believes information and awareness is the first step toward being free from enslavement from the globalist control system which now threatens humanity. He believes love conquers all fear and it is up to each and every one of us to manifest the solutions and the change that you want to see in this world, because doing this is the very thing that will ensure victory and restoration of the human race from the rising global enslavement system, and will offer hope to future generations.