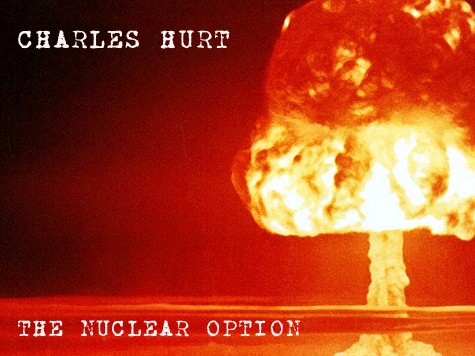 Finally! The key to sparking fire in the belly of Francois Mitterand Romney has been located!

Sure, it’s four years too late to save the Republic, but what the hell. When it comes to the ego, vanity and legacy of self-involved Republican millionaires, it’s never too little or too late.

Turns out, the spark that ignites a rage inside Mr. Romney is the sight of a Republican. A Republican who is actually winning, that is.

Apparently, Mr. Romney is not content just losing to President Obama. He is now hellbent on losing to Hillary Clinton as well. In back-to-back elections.

The flip-flopping father of Romneycare came out swinging recently calling Donald Trump a fraud, a phony and a con man. For a wimpy loser, these are serious fighting words.

“He disappeared,” Mr. Trump later explained. “Mitt was looking for zoning for a nine-car garage in California or something.”

Youch! (By the way, Mitty, that is what you call a real haymaker.)

It is one thing to be a loser. But it is something entirely different and so much more deplorable to be a loser AND someone who despises the sight of winning.

Not to mention also being a duplicitous, two-faced hypocrite.

Most astonishing, Mr. Romney even attacked Mr. Trump over changing his positions. Seriously? This, from the guy who was the original flip-flopper on abortion, socialized medicine, guns, immigration, global warming and even Ronald Reagan?

I guess you have to give at least one thing to him. Mr. Romney is an expert on frauds, phonies and con men. He gazes into the eyes of one every morning that he shaves.

Four years ago, Mr. Romney was all to happy to shower Mr. Trump with praise for his business smarts in exchange for his political donations and desperately-needed endorsement. Mr. Trump explained later that he hosted Mr. Romney for two fundraisers at Trump Tower. Mr. Trump said he had to replace the carpets afterwards because they were ruined.

Now, unwanted Mr. Romney is ruining America’s carpet and he should be shown the door and beaten with a newspaper on the way out.

If Mr. Romney wants to blame somebody for the rise of Mr. Trump, he can only blame himself. If he and his small-minded, pathetic 47-percent mentality had not lost so miserably in 2012, we would today be talking about his nomination to replace Supreme Court Justice Antonin Scalia and his re-election campaign.

Instead, we have a Civil War in the party Mr. Romney destroyed.

Mr. Romney, you had your shot. You failed America. Go away.