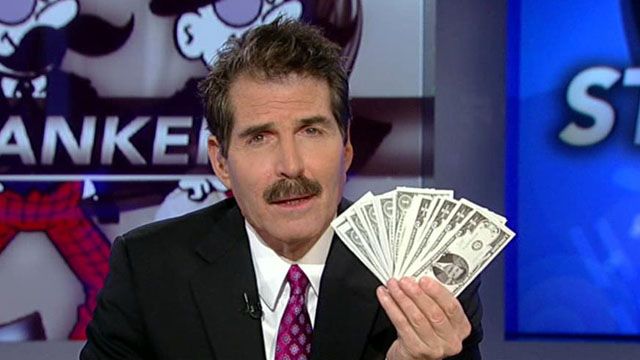 It is every American’s right to keep and bear arms, and it’s a right that liberals hate. Many liberals feel it is their duty to take that right away from Americans by any means possible, which results in them slowly chipping away at the Second Amendment.

One way they can keep Americans from exercising their Second Amendment rights is by making the process to obtain a concealed carry permit extremely difficult.

Conservative talk show host John Stossel decided he would attempt to get a concealed carry permit in the state of New York, and he found out just how hard it is to do.

The process began with completing a 17-page form; Stossel said it took hours to complete the paperwork. He even said he had to call the police department six times to clarify what some questions meant.

Glenn Herman, who runs a website aimed at helping citizens navigate the application process, told Stossel the system is used as a “weapon” to deter people from obtaining a license — a process that can take up to a year.

For Stossel, the process took eight months, and after two interviews, countless questions and needing to “prove” he needed a gun, his application was rejected under the claim the he did not demonstrate a special need to carry a firearm.

It’s truly maddening to think that citizens who want to protect themselves and their families are prevented from doing so because of the liberal bureaucracy in New York.

Watch Stossel’s coverage on the topic below:

Unbeknownst to Stossel at the time of his report, the New York Post was working on a story claiming that police were accepting money in exchange for concealed carry permits.

The Post reported that a NYPD policeman in the License Division allegedly confessed to the FBI that he and a supervisor accepted money from Alex Lichtenstein, who allegedly charged $18,000 per gun license.

NY man charged in plot to sell gun permits. Aha! If I’d paid a bribe, THEN I would have gotten a gun permit: https://t.co/rvYE2DDLXB

That’s a hefty price to pay for a concealed carry permit, and it demonstrates how the left is working to make our Second Amendment right a thing of the past.

This is just one of the reason why we cannot allow a Democrat in the White House  — you gun rights are not going to become any more robust under a President Hillary Clinton, that’s for sure.