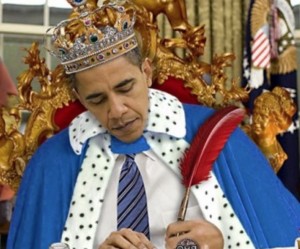 Ohio AG to Washington: Transgender edict ‘is not law’

Already, 13 states have joined in a lawsuit against President Obama’s order to public schools to let students use restrooms and locker rooms according to their “perceived ” identity.

And while Ohio, a key presidential-election swing state, hasn’t yet joined the action, the state’s attorney general has made it clear that isn’t out of the question.

“If Ohio is the bellwether of America, then the president’s agenda is in a heap of trouble,” said a commentary at Family Research Council. “The Buckeye State isn’t about to stand back and let the Obama administration take its schools hostage to a transgender agenda that puts its students at risk.”

The special Whistleblower edition “Trans-Mania” exposes the left’s “latest – and strangest – war on reality and normality.”

Critics have charged Obama is threatening the safety of students and trying to blackmail states with his threat to withhold federal funding for schools.

“This lawsuit is challenging the way that the Obama administration is trampling the United States Constitution,” Texas Gov. Greg Abbott said.

White House officials describe the issue as a civil rights matter, but critics argue Obama’s mandate sacrifices the privacy of hundreds of millions for the lifestyle preference of a few.

DeWine told the federal bureaucrats that their letter’s demand that schools allow males to change clothes and shower in rooms for females if they say they are female lacks validity.

“As the chief law officer of the state of Ohio, I write to advise you that this judgment of the ‘Dear Colleague’ letter is wrong, both in its elitist disregard for our 21st century communities and as a matter of law. … Our state and our communities are much better equipped on these matters than even the most well intentioned federal ‘principal deputy assistant attorney general’ or ‘assistant secretary’ to advance the important dignity and privacy interests of every student – of all students – at a school in our state.”

“It is not law,” he wrote. “Here, Congress has not enacted a federal decree along the lines the letter advocates, and I am not aware that the administration has even proposed such legislation.”

He pointed out the order has not even gone through the minimal requirements of the Administrative Procedure Act.

“If your departments act against our state contrary to law, I will defend vigorously the interests of the state of Ohio. … The federal government does not need and is not empowered to make every decision for every social institution in our country: There are many, many questions that, consistent with constitutional guarantees, are best left to the decent, commonsense judgment of individuals and communities at the state and local level.”

FRC noted Ohio officials simply are telling their school district leaders the mandate belongs “in the trash can.”

“If the uproar from attorneys general like DeWine is any indication, President Obama is making one of the biggest political miscalculations of his eight years. Like Congress, these state leaders are tired of being bullied, bypassed, and berated on issues that have nothing to do with the real priorities of the day. Never underestimate the outrage of a country in a debate where the safety and innocent of children hang in the balance. This administration may not have learned that lesson – but thanks to states like Ohio, it’s about to,” the FRC commentary said.

The special Whistleblower edition “Trans-Mania” exposes the left’s “latest – and strangest – war on reality and normality.”

The conflict reached a high point in 2015 when the U.S. Supreme Court departed from millennia of precedent and the Judeo-Christian foundation of Western civilization to create “same-sex marriage,” a ruling condemned by a four-justice minority as unconnected to the Constitution.

But that wasn’t the end, as the following headlines attest:

The federal government made its latest move after North Carolina lawmakers adopted a law in March requiring people to use gender-designated public facilities that correspond to the gender listed on their birth certificate. The aim was to protect women and children from being confronted by a naked man.

But the Department of Justice then threatened the state with financial penalties, claiming the law violates the 1964 Civil Rights Act.

That argument presumes Congress, in 1964, wanted men to be allowed to use women’s restrooms and locker rooms and vice versa, which is ridiculous, contends Kellie Fiedorek, a legal counsel for the Alliance Defending Freedom, which specializes in civil and religious rights.

“It’s absurd to assert, as the Department of Justice does, that by placing the word ‘sex’ in federal nondiscrimination laws, Congress intended to force states to open their restrooms to people of the opposite biological sex,” Fiedorek continued. “Gov. McCrory and the state of North Carolina are fulfilling their duty to protect the privacy rights of their citizens.

FRC earlier poked fun at Obama with a video suggesting he has bathrooms on the brain.

“Who knows what’s next? President Obama could issue an executive order wiping out single gendered bathrooms in national parks … or in federal buildings … or tell the TSA to stop requiring those who fly to declare their biological sex. It’s absurd.”