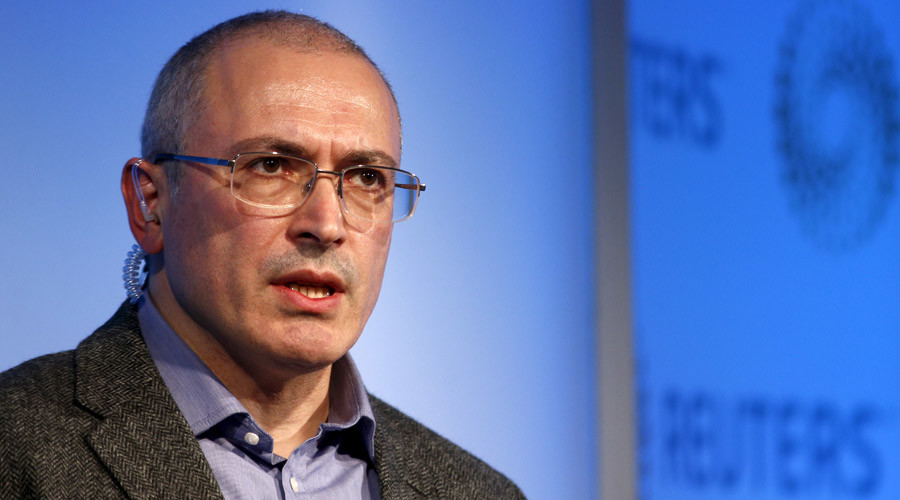 Over 20,000 sign US petition to probe Russian tycoon Khodorkovsky over ‘paying’ for anti-Putin bill

A petition on “We the People” website wants the White House to investigate allegations that Russia’s Mikhail Khodorkovsky, who served prison time for embezzlement and is wanted on murder charges, donated large sums to lobby the US Congress for a “relations-damaging” law.

Since it was created on June 14, the petition has gathered over 21,400 signatures. It needs a total of 100,000 by July 14 for the document to earn a response from the White House.

The authors’ demand is based on the allegations that in 2005 then-Senator Barack Obama and his future opponent in the 2008 presidential election, John McCain, co-sponsored a resolution introduced by Joe Biden condemning the arrest and imprisonment of Russian oil tycoon Mikhail Khodorkovsky while being sponsored by the man himself through the lobbying firm APCO Worldwide. 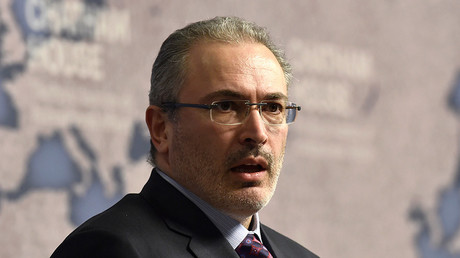 The report linked in the petition claims that Khodorkovsky channeled $110,000 to APCO Worldwide, headed by Margery Kraus, through two offshore firms, Corbiere Trust Co.Ltd and Palmus Trust Company Ltd, specifically to lobby the resolution S.RES.322 that labeled his criminal case as “politically motivated” and accused the Russian penal system of violating the rights of Khodorkovsky and his business partner Platon Lebedev.

The text of the resolution said that “the criminal justice system in Russia has not accorded Mikhail Khodorkovsky and Platon Lebedev fair, transparent, and impartial treatment under the laws of the Russian Federation.”

Kraus is a trustee of the Institute of Modern Russia, chaired by Khodorkovsky’s son Pavel, and is a long-time Khodorkovsky supporter.

The petition argues that the resolution inflicted “irreparable damage to US-Russian relations” and should be considered a “form of political corruption” given the criminal background of Khodorkovsky, who spent 10 years in jail for embezzlement and money laundering before being pardoned by President Vladimir Putin in 2014. He is currently wanted in Russia on murder charges, since in late 2015 Russia’s Prosecutor General’s Office charged Khodorkovsky with the arranging of the 1998 assassination of the mayor of the oil-rich city of Nefteyugansk.

‘He was not killed, he died’: Kremlin critic’s Magnitsky movie premiers in US, exposing Browder

A separate report surfaced claiming that Khodorkovsky, along with Bill Browder, the head of Hermitage Capital Management investment fund and employer of Sergey Magnitsky, resorted to the same scheme while lobbying the so-called Magnitsky Act.

The authors of the report cite the publicly available data indicating that Corbiere Trust, which is controlled by Khodorkovsky, was actively promoting the bill in 2011-12. In 2011, the company provided $135,000 to the company Orion Strategies for lobbying the Magntisky Act in three handouts each amounting to $45,000. In 2012 the lobbying activities didn’t subside, with Corbiere allocating $45,000 more than the previous year to endorse the anti-Russia legislation.

READ MORE:Russia slaps travel ban on 5 US ex-officials over ‘legalization of torture’

The report notes that Khodorkovsky’s company was also used by Browder to push the anti-Russian agenda into Congress along with Ashcroft Group, which is owned by former Senator and US Attorney General John Ashcroft.

The bill banned entry to the US to a list of Russian citizens that Washington held complicit in the death of the Russian accountant Magnitsky in prison in 2009. Its adoption led to a substantial cooling in Russia-US relations with Moscow retaliating by banning some American citizens from Russia on human rights grounds.