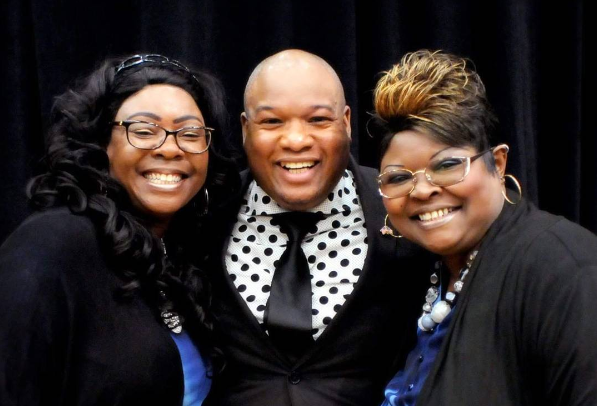 When Pastor John Mark Burns of The Harvest Praise & Worship Center explained to a crowd of supporters at a Friday rally in Houston why he likes presumptive GOP nominee Donald Trump so much, they loved every word of it.

“We now have a presidential candidate who has said, ‘I’m tired of other people getting theirs first,’” he proudly hollered to raucous applause. “It is now time for America to get ours first — America first!”

Sound familiar? It should, because “America first” happens to be one of Trump’s campaign slogans. Unlike globalists such as President Barack Obama and Democrat front-runner Hillary Clinton, the presumptive GOP candidate views himself as a citizen of America, not the world.

And because he’s thinking about us Americans, they want to call him a racist,” Pastor Burns continued, shaking his head in dismay, adding that the Democrats were simply lying.

They prefer pandering to specific groups of people versus pursuing policies that would help all Americans, the key word there being Americans, as in not illegal immigrants or Syrian refugees.

“And guess what?” he added. “Blue lives do matter!”

You can watch the entire epic speech — in fact, although it’s 12 minutes long, we encourage you to — right here:

“Donald Trump is saying I am coming to bring jobs back to America,” Burns explained, noting that Democrats would rather keep Americans divided over race and other such issues than focus the nation’s gaze on those issues that actually matter to its citizens.

It’s sad, especially given that we live in the 21st century — a time when men and women ought to be judged by their character, not by their race.

What an amazing speech — one brimming with racial harmony, American pride and love, three things Democrats know very little about.

Please share this story on Facebook and Twitter and let us know what you think about this black pastor’s emotional and uniting message about presidential candidate Donald Trump!