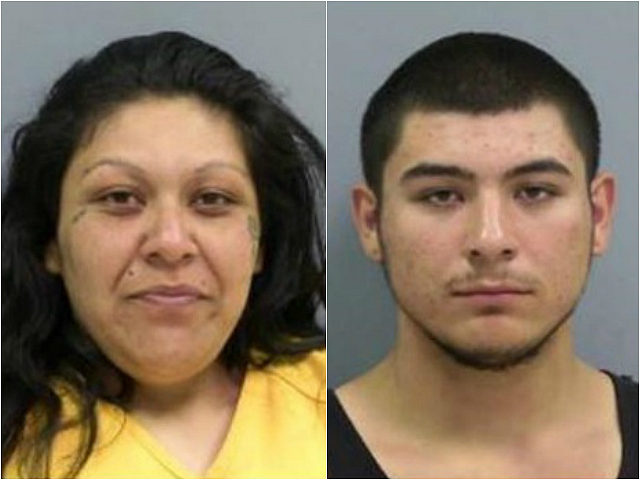 A recently reunited mother and son in New Mexico are under scrutiny by authorities for having a sexual relationship, but the pair insist they are in love and should be allowed to indulge their incestuous affair.

Monica Mares gave birth to Caleb Peterson 19 years ago and quickly gave him up for adoption. But recently the two reunited, and Mares says they’ve fallen in love and want to be considered a couple despite facing 18 months in jail if found guilty of incest.

“He is the love of my life, and I don’t want to lose him,” the 36-year-old Mares told the Daily Mail. “My kids love him, my whole family does. Nothing can come between us not courts or jail. Nothing.”

The two reconnected around Christmas time last year and began to get closer by the day, Mares says.

The tattoo-festooned woman insists that when she first met her adult son last year, her love for him was “a mother’s love.” But it wasn’t long before she began getting “crazy feelings” for the young man she named Carlos at birth.

Mares says she soon broached the subject with the young man, and according to her, he fessed up to feeling the same way. The pair then decided to take their relationship to the dating level. Soon Mares’s other children began calling their half-brother “dad.”

“I never had anyone cook me meals or give me anything,” Caleb Peterson said:

I never got anything my entire life, and she went out of her way to make me happy, and after about a week or so, I started having feelings for her, and I guess I fell in love. It went beyond a mother-son relationship. I never really viewed her as my mom. In certain aspects I do, but mostly, I don’t. I never thought I was crazy for having these feelings because I didn’t see her as my mom. It was more like going to a club and meeting a random person. It didn’t feel wrong. It felt normal.

In short order, though, authorities learned of the relationship and soon had them both in custody. The pair were charged with incest and each released on a $5,000 bond.

Authorities have banned them from seeing each other as their court cases play out, and Mares has been warned that if she continues to see Peterson, she could lose her other children.

But now the two want to become activists for “genetic sexual attraction” and want to argue that their relationship, and others like it, should be considered perfectly normal.