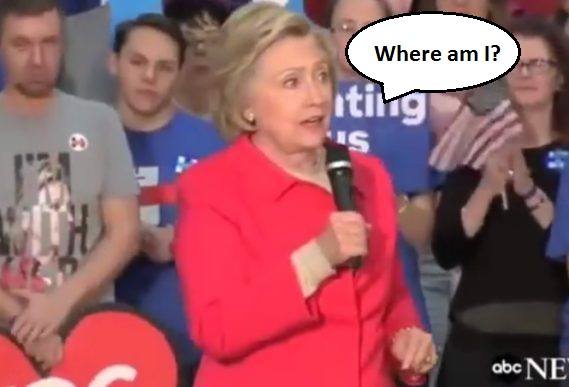 He said her medical treatment looks like something out of 1950s Arkansas.

During an appearance Wednesday on KABC’s McIntyre in the Morning, Dr. Drew said that he and his colleague Dr. Robert Huizenga reviewed medical records Hillary Clinton had released some time ago, and found both her health, and the health care she is receiving, more than bizarre. In no uncertain terms the popular doctor concluded:

“Based on the information that she has provided and her doctors have provided, we were gravely concerned not just about her health, but her health care.”

Both he and Dr. Huizenga added, “that if we were providing the care she was receiving, we would be ashamed to show up in a doctors’ lounge. We would be laughed out. She’s receiving sort of 1950s level sort of care by our evaluation.”

Regarding her treatment for hypothyroidism, Dr. Drew said Clinton is being treated with an “unconventional” 1960s-drug, which carries terrible side effects. He said she is also being prescribed Coumadin, another out-of-date anticoagulant. He was more than concerned about her transverse sinus thrombosis, a kind of clot he said is very rare and “virtually guarantees somebody has something wrong with their coagulation system.”

“What is wrong with her coagulation system?” he asked. Worse still, Dr. Drew said that after her fall in 2012, the special glasses Clinton wore concludes she suffered “brain damage.”

During his analysis, Dr. Drew added that “the very medicine doctors are using may be causing this problem… it’s bizarre.” He added that if elected president, Clinton would have to travel out of the country and make important decisions — “it’s dangerous… it’s concerning.”

Among other observations, Dr. Drew provided this zinger, too:

“It just seems like she’s getting care from somebody that she met in Arkansas when she was a kid.”

But, Dr. Drew, you realize the only thing that really matters is Donald Trump’s “struggle with bipolar disorder.”