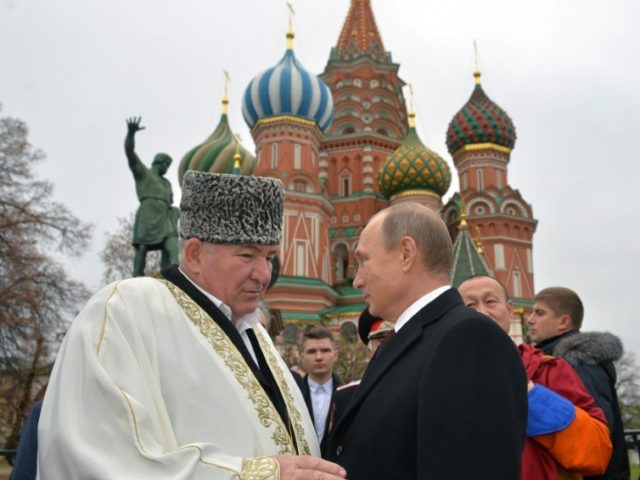 A senior Muslim cleric in Russia has suggested that universal female genital mutilation (FGM) would be a positive development, after a rights group released a report denouncing the practice earlier this week.

Female genital mutilation does not pose health risks and “does not contradict the dogmas of Islam,” said Mufti Ismail Berdiyev, the head of the North Caucasus Muslim Coordination Center.

Berdiyev said Wednesday that if FGM “could be applied to all women, that would be very good.” FGM does not stop women from fulfilling their ordained role of motherhood, he added, and if all women were circumcised, “there would be less fornication.”

“As far as I know it is done in order to tame women’s desire a bit. It is absolutely harmless to health,” Berdiev declared in an interview with the Govorit Moskva radio.

The mufti’s comments followed the release of a report condemning female genital mutilation in remote communities of the Republic of Dagestan. The report, which refers to FGM as a “malicious and perverted practice,” was published by the Russian Justice Initiative, a Russian human rights NGO.

The practice of FGM ranges from pricking the clitoris to the complete removal of external female genitalia, and often causes infections and loss of sensation.

A Russian Orthodox cleric known for his controversial remarks, Vsevolod Chaplin, backed up Berdiyev saying that Muslims had a right to a “time-honored tradition.”

“You probably don’t need to circumcise all women. There’s no need with Orthodox women as they don’t fornicate anyway,” he said.

FGM has come under extensive scrutiny in recent years, with UN chief Ban Ki-Moon launching a global campaign in 2015 to end it. “The first steps towards the total eradication of the practice of female genital mutilation should be the rejection of silence and debunking the myths associated with this practice,” Ban said.

On Wednesday, Mufti Berdiyev walked back his earlier remarks after being threatened with criminal prosecution. In reaction to the mounting scandal at his words, he said that he was not calling for all women in the world to be circumcised, since “it would be impossible.”

When pressured further in an interview with “Medusa,” the mufti retreated further from his position, saying that his words had been a “joke.”

“I jokingly said it would be good if that happened everywhere. But people don’t understand,” he said.

UNICEF has estimated that some 200 million girls in the world have been subjected to genital mutilation, 44 million of whom are younger than 15.

More than half of the total figure are living in the Muslim-dominated countries of Indonesia, Egypt and Ethiopia.