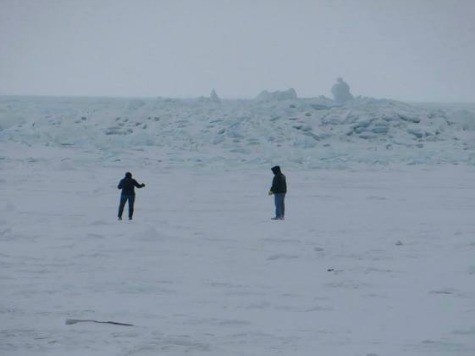 In 1958, Arctic sea ice was about two meters thick.

All of the official fake news agencies and fake government agencies have been claiming that Arctic sea ice is getting thinner.

A Bush Administration official said last week that all the thick multi-year ice is gone.

As is almost always the case with government officials and journalists, they were lying. Nearly half of the Arctic is covered with multi-year ice.