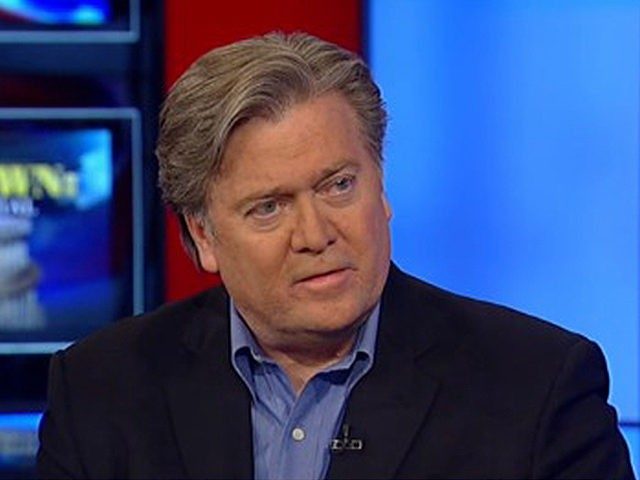 Pulitzer prize-winning columnist Peggy Noonan writes in the Wall Street Journal about the efforts to take out White House strategist Steve Bannon. While offering a candid assessment of Bannon’s shortcomings and strengths, Noonan summarizes Bannon’s populist and nationalist worldview as outlined in a speech he gave at the Vatican in 2014 — a speech that predicted the issues that propelled Trump to victory in 2016.

But there’s something low, unseemly and ugly in the efforts to take [Bannon] out so publicly and humiliatingly, to turn him into a human oil spot on the tarmac—this not only from his putative colleagues but now even the president. “I like Steve, but you have to remember he was not involved in my campaign until very late,” Mr. Trump purred to the New York Post’s Michael Goodwin.

What will take its place if [Bannon] leaves the White House or recedes as a figure? What worldview will prevail, to the extent Mr. Trump does worldviews? Policy changes accompanying Mr. Bannon’s diminishment this week included the president’s speaking approvingly of the Export-Import Bank and NATO, declaring that China isn’t a currency manipulator after all, suggesting the dollar may be too strong, and hitting Syria and Afghanistan.

It is possible what we are seeing is simply the rise of a more moderate or conciliatory or establishment Trump White House. But it also looks like the rise of the Wall Street Mr. Bannon painted as tending to see people as commodities. Gary Cohn, director of the National Economic Council, is said to be Mr. Bannon’s most effective internal foe. He is the new rising figure. There are many Wall Street folk—some from Messrs. Bannon and Cohn’s old stomping ground, Goldman Sachs—in influential administration posts. They don’t come across as the kind of people who exhaust themselves pondering the meaning of the historical moment or tracing societal stresses and potential responses.