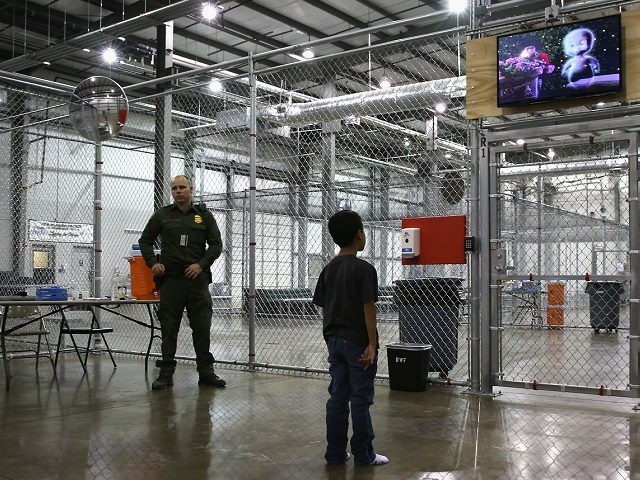 A former Obama Administration official responsible for the detention of illegal immigrants said President Donald Trump and Department of Homeland Security (DHS) Secretary John Kelly are “dismantling the progress we had made.”

Kevin Landy, President Barack Obama’s director of Immigration and Customs Enforcement (ICE) Office of Detention Policy and Planning, took exception to President’s Trump’s decision to shut down his department. Under Secretary Kelly, the DHS is poised to change some of the hotel-like conditions illegal immigrants, including criminals, receive while in detention.

As an example, illegal immigrants in two Orange County, California, detention facilities have daily clothing and bedding changes performed by a jail employee. The standard for other criminal facilities is a weekly change.

Landy reacted to the Trump Administration’s efforts to toughen standards in the detention centers and claimed, “a decision to simultaneously abandon detention standards could have disastrous consequences for the health and safety of these individuals.”

He said he hoped Secretary Kelly, “wouldn’t want to dismantle the progress we had made,” but didn’t really detail what “progress” he was referencing.

The New York Times detailed some of the “progress” he might have been referencing. The ever growing list of requirements call for:

Notify immigration officials if a detainee spends two weeks or longer in solitary confinement. Check on suicidal inmates every 15 minutes, and evaluate their mental health every day. Inform detainees, in languages they can understand, how to obtain medical care. In disciplinary hearings, provide a staff member who can advocate in English on the detainee’s behalf.

ICE officials declined to comment on Landy’s claims, stating only that the agency responsible for enforcing immigration law is “in the midst of examining a variety of detention models to determine which models would best meet anticipated detention needs.”

The Clinton Administration established the initial standards in 2000. Since that time, they expanded under President George W. Bush in 2008 and again under President Obama in 2011. The current guidelines now fill 455 pages and go into “granular detail on subjects including the minimum number of toilets — one for every 12 detainees in male facilities or eight detainees in female facilities — and trash bag thickness (at least 1.5 millimeters),” the New York Times reported.

With the crackdown on criminal aliens and other deportable individuals under the Trump Administration, more detention facilities will be required and costs will be an increasing concern.

Commander Briggs told the reporter from the New York Times the Trump Administration has already requested 500 additional beds. They warned that more will be coming in the months ahead.The commander said he currently can take only 120 at this time.

Bob Price serves as associate editor and senior political news contributor for Breitbart Texas. He is a founding member of the Breitbart Texas team. Follow him on Twitter @BobPriceBBTX and Facebook. Originally published on Breitbart Texas