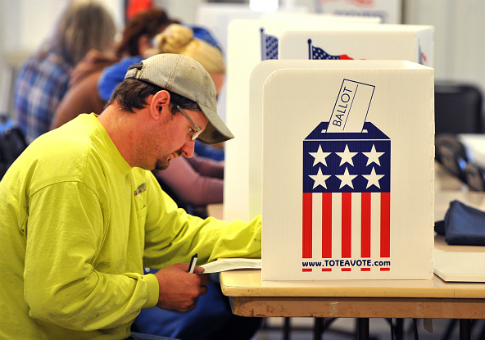 Poll: Democrats More Out Of Touch Than GOP, Trump

More Americans say that the Democratic Party is “out of touch with the concerns of most Americans” than either the Republican Party or President Trump, according to a new ABC News/Washington Post poll.

According to the survey, 67 percent of those polled said that the Democratic Party was “out of touch” with common American concerns, and only 28 percent said the party is “in touch.” Six percent said they had no opinion.

Under-the-radar stat in ABC/Post poll: 67% (!) say Democratic Party is out of touch with concerns of Americans — more than GOP and Trump.

These numbers are similar to but worse than those for the Republican Party: 62 percent of those polled said they thought Republicans were out of touch, while 32 percent said they were in touch and seven percent had no opinion. President Trump beat out both his own party and the opposition: 58 percent of those polled consider him out of touch, 38 percent describe him as in-touch, and four percent had no opinion.

The out-of-touch number represents a steep drop for Democrats. In 2014, when the same poll was last taken, 48 percent said Democrats were out of touch, a loss of nineteen percentage points over three years.

According to the poll, the biggest change for perception of Democrats comes from their own base. Since 2014, Democrats’ “out of touch” rating increased 33 points among self-identified liberals, 30 points among Democrats or Democrat-leaning independents, and 26 points among moderates and nonwhite people.

Those who said that they were out of touch were also less likely to say they’d support Hillary Clinton as the party’s presidential candidate again, compared to those who supported Clinton and said they believed Democrats were in touch.