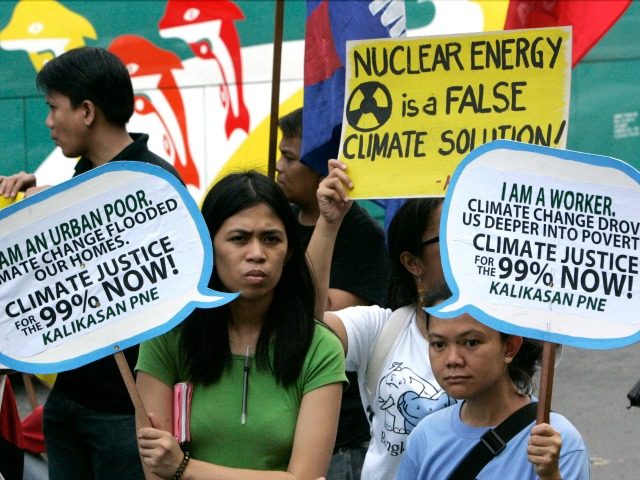 The evidence for man-made climate change is so flimsy that you might just as well believe in magic, says one of the world’s top physicists.

Now, in probably his most comprehensive and devastating assault yet on the Climate Industrial Complex, Lindzen shreds every one of the fake-science arguments used by the environmentalists to justify their hugely expensive “global warming” scare story.

This is a fabrication designed to make idiots feel like experts.

As Lindzen puts it:

The [’97 per cent of scientists believe in global warming’] claim is meant to satisfy the non-expert that he or she has no need to understand the science. Mere agreement with the 97% will indicate that one is a supporter of science and superior to anyone denying disaster. This actually satisfies a psychological need for many people.

But, he explains, it’s just a trick created by pretending that all the scientists who agree that humans make a contribution to global warming (ie almost everyone) also agree with the alarmist theory that global warming is catastrophic, unprecedented and within man’s control. Which simply isn’t the case.

The ‘warmest years on record’ meme

Alarmists have been shrieking a lot recently that most of the hottest years on record – 14 out of 15, according to the UN – have happened since 2000.

This is silly for a number of reasons, Lindzen explains.

First, warmth is not necessarily bad or worrying thing:

It begins with the ridiculous presumption that any warming whatsoever (and, for that matter, any increase in CO2) is bad, and proof of worse to come. We know that neither of these presumptions is true. People retire to the Sun Belt rather than to the arctic. CO2 is pumped into greenhouses to enhance plant growth.

Second, it doesn’t – as some idiots believe – mean that global warming hasn’t paused for the last twenty years.

Of course, if 1998 was the hottest year on record, all the subsequent years will also be among the hottest years on record. None of this contradicts the fact that the warming (ie, the increase of temperature) has ceased.

Third, the differences in temperature are so small as to be almost unmeasurable and are open to all manner of fraudulent adjustments by politically motivated climate gatekeepers.

The idea that we are experiencing more “extreme weather” events because of “climate change” is plain dishonest.

Roger Pielke, Jr. actually wrote a book detailing the fact that there is no trend in virtually any extreme event (including tornados, hurricanes, droughts, floods, etc.) with some actually decreasing. Even the UN’s IPCC acknowledges that there is no basis for attributing such events to anthropogenic climate change.

In fact, its pure propaganda designed to scare the ignorant:

The claims of extreme weather transcend the usual use of misleading claims. They often amount to claims for the exact opposite of what is actually occurring. The object of the claims is simply to be as scary as possible, and if that requires claiming the opposite of the true situation, so be it.

Globally averaged sea level appears to have been rising at the rate of about 6 inches a century for thousands of years.

All one can say, at this point, is that the behavior of arctic sea ice represents one of the numerous interesting phenomena that the earth presents us with, and for which neither the understanding nor the needed records exist. It probably pays to note that melting sea ice does not contribute to sea level rise. Moreover, man has long dreamt of the opening of this Northwest Passage. It is curious that it is now viewed with alarm.

I suspect that Al Gore undertook considerable focus-group research to determine the remarkable effectiveness of the notion that climate change would endanger polar bears. His use of an obviously photo shopped picture of a pathetic polar bear on an ice float suggests this.

This is again one of those obscure claims that sounds scary but doesn’t stand up to scrutiny. Ever since the acid rain scare, it has been realized that the public responds with alarm to anything with the word ‘acid’ in it. […]

[…] As usual, there is so much wrong with this claim that it takes a fairly long article to go over it all. I recommend the following source.

The reasoned response to this [alarmist Nature] paper is provided here.

As Steele, the author of the above, points out, bleaching has common causes other than warming and is far from a death sentence for corals whose capacity to recover is substantial. This article is a bit polemical, but essentially correct.

Global warming as the cause of everything

Hardly anyone has the time and energy to deal with the huge number of claims. Fortunately, most are self-evidently absurd. Nation magazine recently came up with what is a bit of a champion is this regard. CO2, it should be noted, is hardly poisonous. On the contrary, it is essential for life on our planet and levels as high as 5000 ppm are considered safe on our submarines and on the space station (current atmospheric levels are around 400 ppm, while, due to our breathing, indoor levels can be much higher). The Nation article is typical in that it makes many bizarre claims in a brief space. It argues that a runaway greenhouse effect on Venus led to temperatures hot enough to melt lead. Of course, no one can claim that the earth is subject to such a runaway, but even on Venus, the hot surface depends primarily on the closeness of Venus to the sun and the existence of a dense sulfuric acid cloud covering the planet. Relatedly, Mars, which also has much more CO2 than the earth, is much further from the sun and very cold. As we have seen many times already, such matters are mere details when one is in the business of scaring the public.

Lindzen’s article is well worth reading in full, not only for the usefulness of its scientific rebuttals but also simply to enjoy the loftiness of the author’s magisterial contempt for the entire field of climate “science.”

It is the exasperated sigh of a hugely intelligent and well informed scientist absolutely sick to the back teeth of trying to explain the truth about climate change to audiences which have been brainwashed into drooling idiocy.

For over 30 years, I have been giving talks on the science of climate change. When, however, I speak to a non-expert audience, and attempt to explain such matters as climate sensitivity, the relation of global mean temperature anomaly to extreme weather, that warming has decreased profoundly for the past 18 years, etc., it is obvious that the audience’s eyes are glazing over. Although I have presented evidence as to why the issue is not a catastrophe and may likely be beneficial, the response is puzzlement. I am typically asked how this is possible. After all, 97% of scientists agree, several of the hottest years on record have occurred during the past 18 years, all sorts of extremes have become more common, polar bears are disappearing, as is arctic ice, etc. In brief, there is overwhelming evidence of warming, etc. I tended to be surprised that anyone could get away with such sophistry or even downright dishonesty, but it is, unfortunately, the case that this was not evident to many of my listeners.

Lindzen does not even pretend there’s a credible scientific case for the man-made global warming scare theory – because basically there just isn’t one. Believing in this theory, he concludes, is as stupid as believing in magic.

I haven’t spent much time on the details of the science, but there is one thing that should spark skepticism in any intelligent reader. The system we are looking at consists in two turbulent fluids interacting with each other. They are on a rotating planet that is differentially heated by the sun. A vital constituent of the atmospheric component is water in the liquid, solid and vapor phases, and the changes in phase have vast energetic ramifications. The energy budget of this system involves the absorption and reemission of about 200 watts per square meter. Doubling CO2involves a 2% perturbation to this budget. So do minor changes in clouds and other features, and such changes are common. In this complex multifactor system, what is the likelihood of the climate (which, itself, consists in many variables and not just globally averaged temperature anomaly) is controlled by this 2% perturbation in a single variable? Believing this is pretty close to believing in magic. Instead, you are told that it is believing in ‘science.’ Such a claim should be a tip-off that something is amiss. After all, science is a mode of inquiry rather than a belief structure.