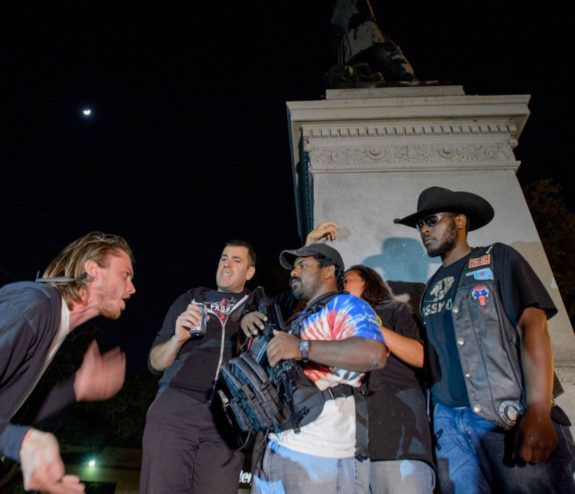 Black Rebel and a group of black Confederacy supporters have been guarding the Jefferson Davis monument at night from the liberal mayor and communist Antifa protesters.

The pro-confederate protesters and Antifa terrorists are calling for mass protests on Sunday.

From a reader: Antifa is reportedly bringing half trucks with chains to pull down the monuments in New Orleans.

Black Rebel sent out a call for support this week to patriots across the country to help defend the Confederate monuments in New Orleans.

A local patriot called on supporters to come help them confront the communists and Antifa terrorists on Sunday.

“Things are going to get dirty… The confederacy is a fact of the south. It aint never going to go away. Tearing down monuments is not going to make it go away.”

They are expecting a Battle of New Orleans on Sunday. 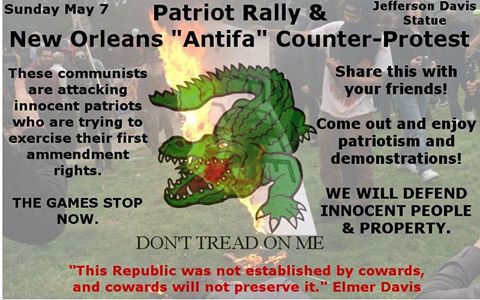