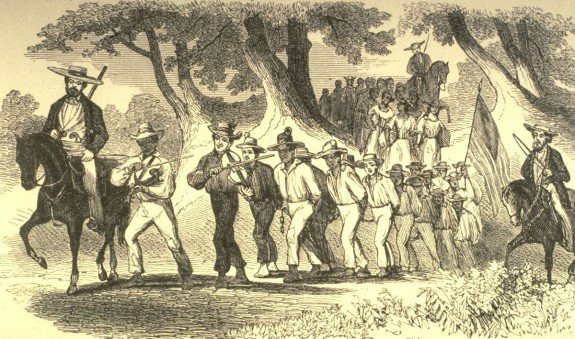 Did You Know the First Legal Slave Owner in America Was a Black Man?

Here’s something you won’t read about in the US history books.
The first legal slave owner in America was black and he owned white slaves.

Anthony Johnson (BC 1600 – 1670) was an Angolan who achieved freedom in the early 17th century Colony of Virginia.

Johnson was captured in his native Angola by an enemy tribe and sold to Arab (Muslim) slave traders. He was eventually sold as an indentured servant to a merchant working for the Virginia Company.

Sometime after 1635, Antonio and Mary gained their freedom from indenture. Antonio changed his name to Anthony Johnson.

In March of 1654, according to Delmarva Settlers, Anthony’s servant, a man named John Casar requested that Johnson release him from his indenture because it had long expired past the usual seven years. Johnson replied that he knew of no indenture and that Casar was to be his servant for life. Anthony Johnson’s neighbors, George and Robert Parker, stated that they knew of another indenture for the said Casar to a planter on the other side of the bay. They continued to threaten Johnson with the loss of the servant’s cattle if he were to deny him his freedom. Johnson, with the influence from his family, released the servant, and even went to see that John Casar received his freedom dues. Freedom dues are materials and supplies given to the freed person in order for them to start their new lives with the necessary materials. In the case of John Casar, clothing and corn.[110] But after careful reflection, Johnson was certain that Casar was his servant for life; a slave. Johnson then sued the Parker brothers for unlawfully taking his property from him, and since there were no other indentures for John Casar, he was returned to the Johnsons.

The courts ruled in favor of Anthony Johnson and declared John Casor his property in 1655. Casor became the first person of African descent in Britain’s Thirteen Colonies to be declared as a slave for life as the result of Johnson’s civil suit.

In the case of Johnson v. Parker, the court of Northampton County upheld Johnson’s right to hold Casor as a slave, saying in its ruling of 8 March 1655:

In a 1916 article, John H. Russell wrote, “Indeed no earlier record, to our knowledge, has been found of judicial support given to slavery in Virginia except as a punishment for a crime.”

Paul Joseph Watson has more on slavery in Western culture – the truth not the folklore.