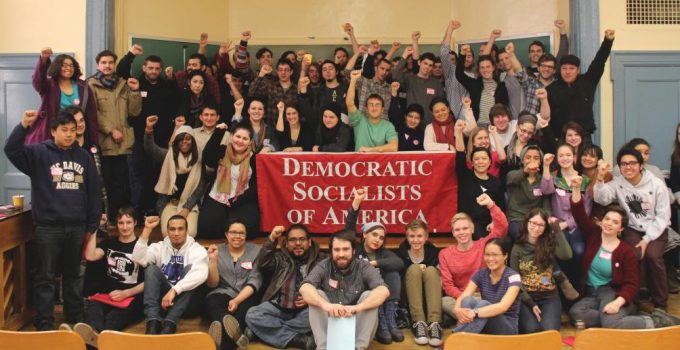 What is going to happen to conservatives if socialism takes a stronger hold in America? Socialism is primed to take over democracy. And countries that have already fell prey to this tragedy depict an ugly picture.

Socialist, communists, and dictators are all historically associated with the brutal slaughtering or suppression of Christians and defenders of democracy.

Christianity is not compatible with socialism. There is a reason countries such as China are bewildered as to how to go about addressing this crisis. According to most estimates, there are more Christians than Communist Party members in China. Despite the government torturing and proactively working to wipe out religion. This had led to Plan B, the creation of a socialist Christian church quite similar surprisingly to the Catholic Church under Pope Francis. Because it’s either integrate into the liberal agenda or death. And in America, the solution will be death if young liberal socialists have any say in the matter.

The University of Southern Georgia’s “Young Democratic Socialists” club recently sent a suggestion to the House on how they should negotiate with Republicans.

The University of Southern Georgia’s “Young Democratic Socialists” club suggested House Republicans ought to be “guillotined.” They shared this in response to a sickening statement by an Art Institute of Washington professor calling for Republicans to be “lined up and shot.”

Art Institute of Washington professor claimed that Republicans “should be lined up and shot” for their passage of the Obamacare-replacement bill, the Young Democratic Socialists suggested that they should instead be “guillotined.”

However, the “Young Democratic Socialists” felt being “lined up and shot” was too kind of a death for Republicans.

“This is absolutely outrageous,” the group tweeted sarcastically, linking to the aforementioned story. “House Republicans should NOT be shot! They should be guillotined.”

These young stereotypical socialist liberals struggled to figure out what method of killing would be more brutal. There is a reason Antifa members brought knives to a protest they knew armed patriots might attend.

When one commenter pointed out that the guillotine would actually be “the more humane thing to do,” the student organization replied by noting that “if that’s the case, then maybe [it] should reconsider.”

Campus Reform contacted the school for more information on student policies and student club representatives but failed to get a response.

The rhetoric of these young socialist democrats sounds very similar to sentiment shown by the communist Chinese government towards Christians. Most likely remember the infamous killing of a Chinese Christian martyr by running him over with a bulldozer. They had to use the most painful brutal method imaginable because they themselves were cowards and ignorant of the power of Western ideologies of freedom. 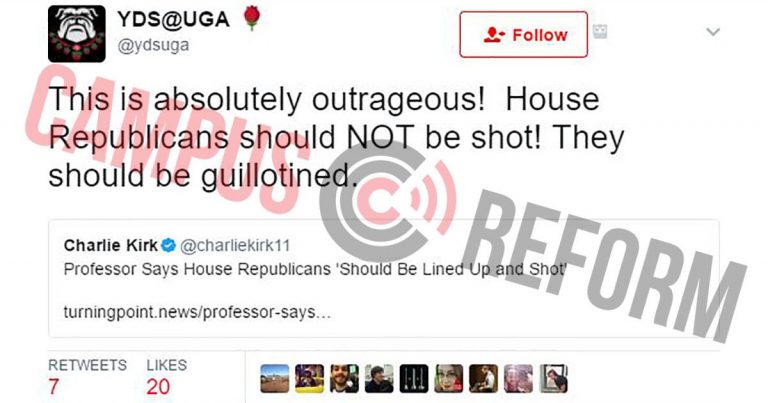 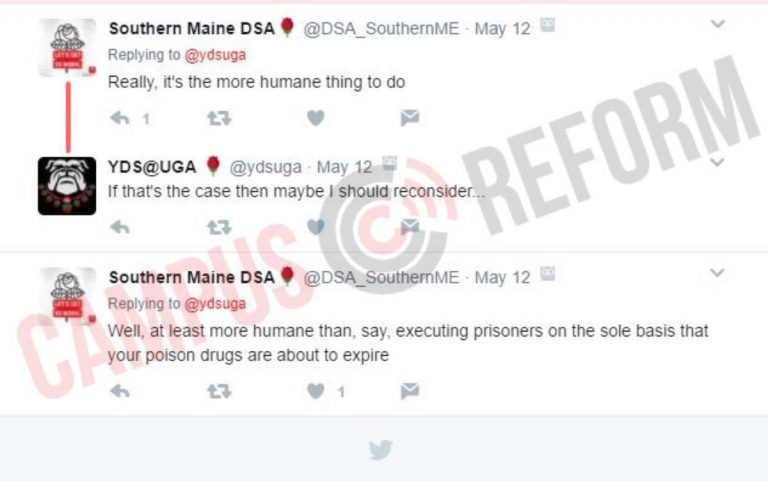